Pranab Mukherjee said that while Manmohan Singh was preoccupied with the coalition that took a toll on governance, Modi appears to have an autocratic style of governance 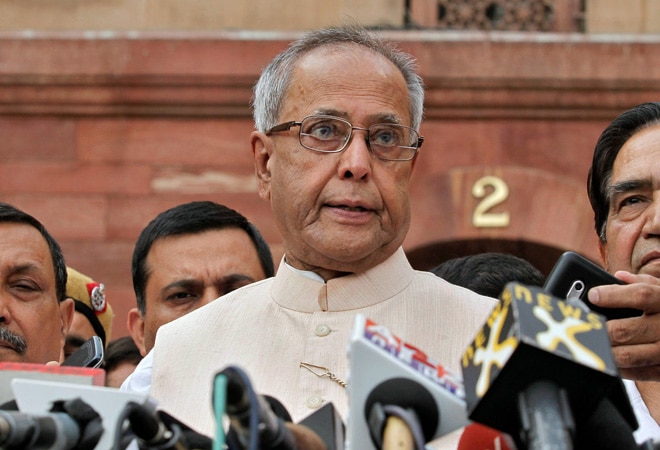 In a memoir by Pranab Mukherjee, who passed away in August, the former President has blamed Congress' leadership for its defeat in 2014. Mukherjee said the party leadership lost focus after his elevation as President. He also said some members of the party believed that if he were the Prime Minister, the Congress party would not have lost power.

In the book The Presidential Years to be released by Rupa in January, Mukherjee said, "Some members of the Congress have theorised that, had I become the PM in 2004, the party might have averted the 2014 Lok Sabha drubbing. Though I don't subscribe to this view, I do believe that the party's leadership lost political focus after my elevation as president. While Sonia Gandhi was unable to handle the affairs of the party, Dr Singh's prolonged absence from the House put an end to any personal contact with other MPs."

Mukherjee also compared Prime Minister Narendra Modi and former PM Manmohan Singh, both of whom he had worked with. He said that while Singh was preoccupied with the coalition that took a toll on governance, Modi appears to have an autocratic style of governance. "While Dr Singh was preoccupied with saving the coalition, which took a toll on governance, Modi seemed to have employed a rather autocratic style of governance during his first term, as seen by the bitter relationship among the government, the legislature and the judiciary. Only time will tell if there is a better understanding on such matters in the second term of this government," he wrote.

The book also focuses on his controversial decisions of imposing President's rule in various states and his role in the decision of demonetisation of 2016. The book has been touted by the publishers as a "deeply personal account" where he describes the difficult decisions he had to make.

Former President Pranab Mukherjee died at the age of 84 in August, days after testing positive for coronavirus and undergoing a brain surgery.