The savings from keeping the rates unchanged prevented OMCs from hiking fuel prices by a higher margin, and now that choice is exhausted, regular price revision could resume 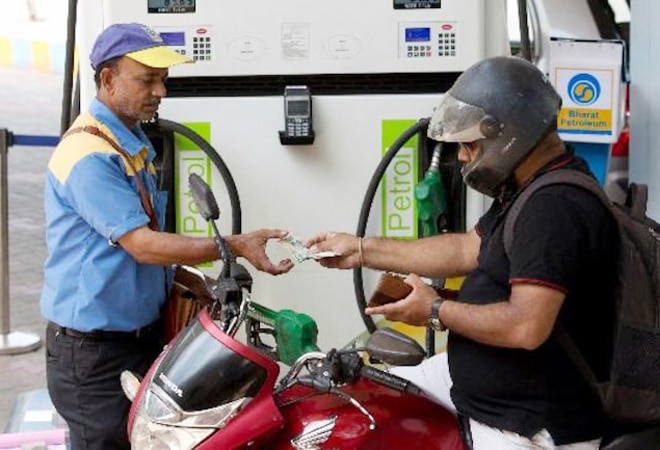 Oil marketing companies (OMCs) on Friday, November 20, hiked the domestic prices of petrol and diesel after a lull of almost two months. The OMCs raised fuel rates marginally in the four metros.

The price of petrol was jacked up by 17-20 paisa per litre in Delhi, Chennai, Mumbai, and Kolkata, while that of diesel was raised by 22-25 paisa per litre, as per the notifications from the Indian Oil Corporation.

Fuel rates vary from state-to-state basis the incidence of VAT (Value Added Tax), or local taxes, and are determined broadly by forex rates and crude oil prices. While crude prices slumped as the COVID-19 pandemic hit economies globally, fuel prices in India did not come down. In April, the Indian basket dipped below $20 per barrel.

The daily increase in fuel prices started on June 7 as oil marketing companies resumed the practice of revising the prices daily in line with costs after an 82-day hiatus from the same amidst the coronavirus pandemic. Petrol and diesel prices are assessed by oil marketing companies such as the state-run Indian Oil Corporation daily, and any revision in rates is applied from 6 am in the morning.

The prices of petrol and diesel have been static in India for such a long period, especially at a time when global prices are changing by the hour, is indeed stunning.

Each dollar increase in the rate of crude leads to retail price rise of 40 paisa per litre, which would mean that the petrol and diesel prices should rise by at least Rs 1.20 a litre by now.

However, the state-run oil companies have kept fuel rates static even when they needed to revise them downwards last month.

The savings from keeping the rates unchanged prevented OMCs from hiking fuel prices by a higher margin, and now that choice is exhausted, regular price revision could resume.

The rise in petrol and diesel prices was expected as the global oil market had manifested signs of firming up following the favourable news on the successful introduction of a COVID-19 vaccine soon. Furthermore, the demand for oil and declining inventory levels in major consuming markets has also strengthened crude prices.

The benchmark Brent crude rate is hovering around $44 a barrel for some time now while the US WTI crude is also approximately $42 a barrel. The two have continued to remain stable since the beginning of the month after staying soft mostly through October at nearly $40 a barrel or less.

Also Read: UK to impose ban on sale of new petrol and diesel cars from 2030