PM Modi said that farmers who wanted to follow the old system of trading referring to the mandis' where they can get the MSP are still free to do so. But the three laws gave them new options to sell for more 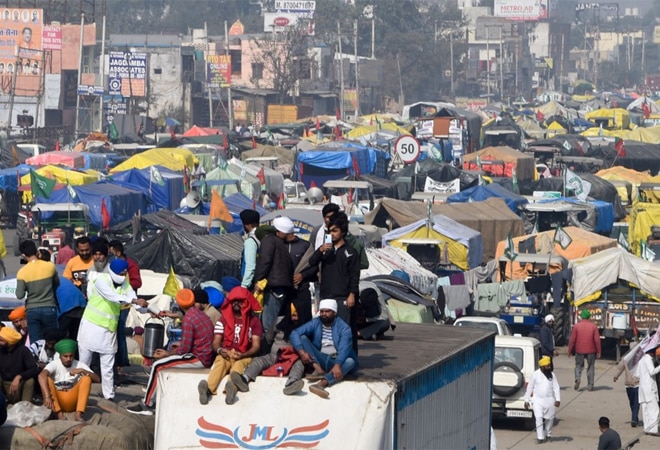 Prime Minister Narendra Modi reiterated that farmers were being misled on three recently enacted farm laws in a public meeting in his Lok Sabha constituency Varanasi on Monday. The Prime Minister accused the opposition parties of "playing tricks" against the farmers and asserted the new agricultural laws will provide many options to the farmers and safeguard their earnings.

PM Modi said that a new trend has surfaced in the country where protests are based on creating doubts through misinformation.

"Decades of deceit are making farmers apprehensive, and they see the new move in the same manner but now there is no deceit. Work is being done with intentions as pure as Ganga Jal," PM Modi said while reaching out to the farmers' community.

He also said that farmers who wanted to follow the old system of trading referring to the mandis' where they can get the MSP are still free to do so. But the three laws gave them new options to sell for more.

Farmers have faced deceit on MSP, loan waiver schemes, urea, and productivity for a long time in the past. He said small farmers will now be able to take legal action even on deals struck outside the mandis, which will not only provide them fresh alternatives but also protect them from being cheated.

Besides the Prime Minister, union ministers and BJP leaders urged farmers not to have "misconceptions" about the farm reforms.

"New agri laws do not end APMC (Agricultural Produce Market Committee) mandis. Mandis will continue to operate as they have been. New laws have given farmers the freedom to sell their produce anywhere. Whoever gives farmers the best price will get to buy their products be it inside the mandis or outside," Union Law and Justice Minister Ravi Shankar Prasad said in a series of tweets in Hindi.

Many misconceptions like the farm bills are a conspiracy to not offer farmers MSP, are being spread, he said, adding that the reality is that these legislations have nothing to do with the minimum support price. "The MSP has been in force and will remain in force."

Union minister Prakash Javadekar said, "Don't have misconceptions about the farm laws. Farmers of Punjab have sold more paddy in mandi than they did last year and at a higher MSP. MSP is alive and so is mandi. And government purchase is also taking place."

However, Congress leader Rahul Gandhi alleged that the new laws are meant for the Prime Minister's two-three friends, and are aimed at stealing from the farmers. Additionally, the DMK-led alliance in Tamil Nadu demanded that the Prime Minister must 'respect' the democratic struggle of the farmers. The Left parties called upon their state units to coordinate and organise protests in support of farmers.

Delhi Chief Minister Arvind Kejriwal appealed to the people of Delhi to extend all possible help to the protesting farmers at the Singhu and Tikri border points and urged the central government to hold talks with them at the earliest.

Meanwhile, the Centre has preponed the meeting with the protesting farmers to December 1, two days ahead of the scheduled meeting as the stir against the agricultural laws appeared to intensify.

"Keeping in view the cold and COVID-19, we have invited leaders of farmer unions for discussion much before the scheduled December 3 meeting," Agriculture Minister Narendra Singh Tomar said.

Peaceful sit-ins by farmers continued for the sixth day on Tuesday at the Singhu and Tikri borders. The Delhi police has beefed up security and placed concrete barriers at all border points connecting the city with Haryana and Uttar Pradesh.

Tractor-trolleys have occupied over a 10-km-long stretch along the Ambala-Delhi national highway.

"We have come here to fight a decisive battle. We have come to Delhi to ask the prime minister to listen to 'Mann ki Baat' of farmers, else the government and the ruling party will have to pay a heavy price...," he said.