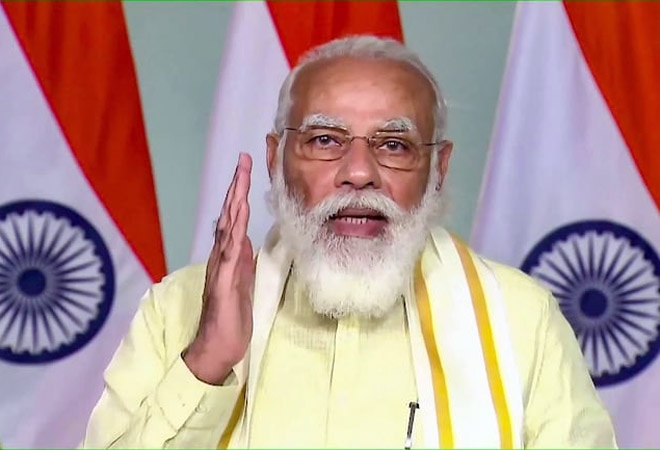 As petrol prices touched the Rs 100 mark on Wednesday, Prime Minister Narendra Modi said the middle class would not have been under financial stress had the previous governments focussed on reducing India's import dependence.

PM Modi, without mentioning the constantly increasing retail fuel prices that are linked to international rates, said India imported over 85 percent of its oil needs in the 2019-20 financial year and nearly 53 per cent of its gas requirement.

Speaking at a function to inaugurate oil and gas projects in Tamil Nadu, the Prime Minister said, "Can we be so import dependent? I don't want to criticise anyone but I want to say (that) had we focussed on this subject earlier, our middle-class would not have been burdened."

He further said that his government is sensitive to concerns of the middle-class and so has focussed on raising the share of ethanol mixing in petrol.

The focus now is also towards using renewable sources of energy, which will by 2030 form 40 per cent of energy generated in the country, he said.

He also informed that the government is working towards increasing the share of natural gas in the energy basket to 15 per cent from the current 6.3 per cent and is committed to bringing it under the Goods and Services Tax (GST) regime to eliminate tax evasion.