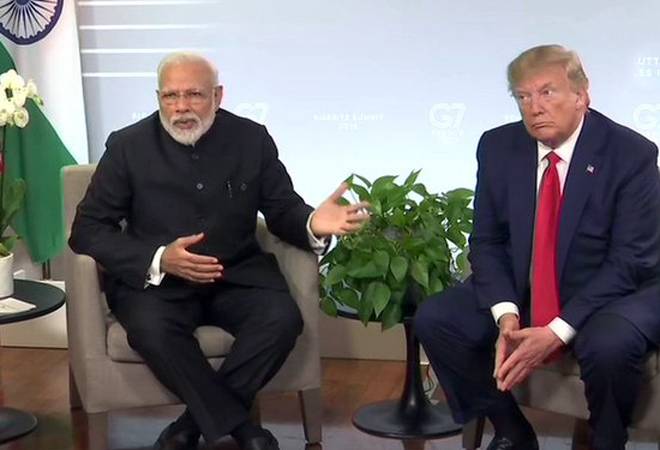 Prime Minister Narendra Modi and American President Donald Trump met on the sidelines of the G7 Summit underway in Biarritz, France. Among a host of issues, the leaders spoke about the situation in Kashmir. "We spoke last night about Kashmir, Prime Minister really feels he has it under control. They spoke with Pakistan and I'm sure that they will be able to do something that will be very good," said President Trump.

President Trump also said that the two countries are talking about trade, and defence among a host of things. "We had some great discussions, we were together last night for dinner and I learned a lot about India," he said.

India is not a member country of the G7 Summit, however, hosting country France extended an invitation to India to participate in the summit.