US President Trump, during his meeting with PM Modi today, will also discuss wide-ranging issues of trade between India and the US, including defence cooperation, counter-terrorism and tariff 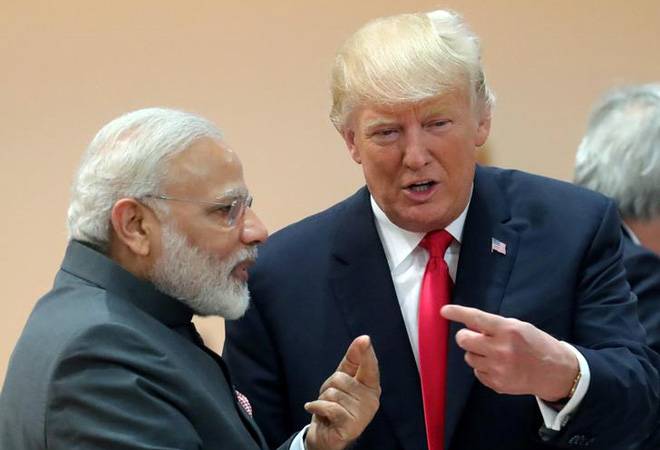 Prime Minister Narendra Modi, who's attending G-7 Summit after an invitation from French President Emmanuel Macron, will hold four bilateral meetings in Biarritz, where the summit is taking place. Apart from meeting French President, PM Modi will hold bilateral meetings with the United States President Donald Trump, the United Kingdom Prime Minister Boris Johnson, United Nations Secretary-General Antonio Guterres on a range of issues including trade, bilateral ties, and the abrogation of Article 370. The countries which are part of the G7 Summit include the UK, Canada, France, Germany, Italy, Japan, and the US. India has been a special invitee to the event.

According to reports, US President Trump, during his meeting with PM Modi, will discuss wide-ranging issues of trade between India and the US, including defence cooperation, counter-terrorism and tariff. The meeting will be held in the wake of two recent statements made by Trump to mediate between India and Pakistan on the Kashmir issue. India, however, has maintained that it is a bilateral issue with no room for third party intervention, and that talks can't be held if Pakistan keeps supporting terror groups.

Also read: Kashmir a bilateral issue between India, Pak; US welcomes them sitting down: State Dept

Confirming the development, a US official said: "India's decision to rescind Article 370 in Kashmir is internal, but certainly with regional implications. And President Trump will likely want to hear how Prime Minister Modi intends to calm regional tensions in light of this significant move," said the official. He added that Trump would stress the need for dialogue among all sides of the conflict. "...And certainly, President Trump is also calling on Pakistan to prevent the infiltration of militants across the line of control that divides Kashmir and to crack down on groups on its territory that have attacked India in the past," he added.

During a meeting with Pakistan PM Imran Khan at the Oval Office in July, Trump told reporters that PM Modi sought his mediation in the Kashmir issue and that he was ready for it. The Ministry of External Affairs rejected Trump's claim that Modi ever asked for mediation on Kashmir, forcing US lawmakers to issue an apology on the matter.

Earlier on Sunday, PM Modi met British PM Boris Johnson. The two leaders talked about enhancing bilateral ties through trade and economic relations. The UK had earlier raised the issue of the security situation in Jammu and Kashmir but said the issue should be dealt with bilaterally by India and Pakistan.

During his meeting with United Nations Secretary-General, PM Modi would talk about how India intends to reduce tensions in the Kashmir Valley. PM Modi is also expected to hold bilateral meetings with Chile and Senegal, who are also special invitees to the G-7 Summit. Besides, French President Emmanuel Macron will take part in a morning walk with PM Modi at Hotel Du Palace around 9:30 am on Monday.

Donald Trump regrets not raising tariffs on China even higher