Prime Minister Narendra Modi was greeted by his counterpart Bangladesh PM Sheikh Hasina when he landed in Dhaka on Friday. The PM is on a two-day visit to Bangladesh which coincides with the country's 50th Independence Day celebrations Prime Minister Narendra Modi is on a two-day visit to Bangladesh which coincides with the country's 50th Independence Day celebrations. The Prime Minister was greeted by his counterpart Bangladesh PM Sheikh Hasina when he landed in Dhaka on Friday.

While in Dhaka, PM Modi visited the National Martyrs' Memorial, Savar. The Prime Minister paid homage to the freedom fighters who had died in 1971 during the Bangladesh War of Independence. PM Modi planted a sapling of the Arjuna tree at the memorial.

The Prime Minister also met with members of the minority community in Bangladesh. 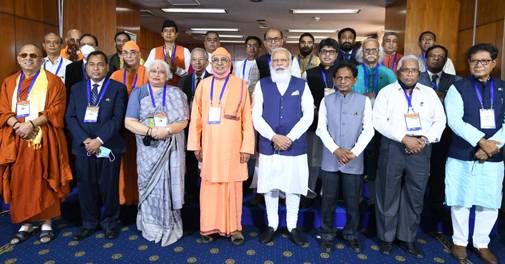 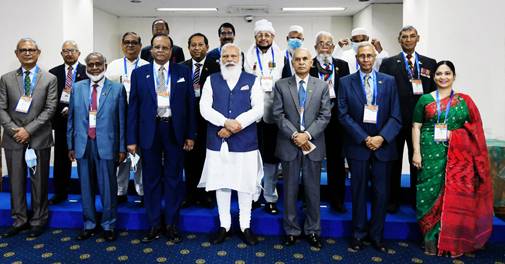 PM Modi met young achievers of Bangladesh. Among the young achievers was cricketer Shakib Al Hasan. Upon meeting the Indian Prime Minister, Shakib said, "Really honoured to meet PM Modi. I think his visit will be fruitful for both countries. Leadership he had shown for India is tremendous. I hope he'll continue to help grow India in future & our relation with India will get better day by day" Earlier, Bangladesh Foreign Minister AK Abdul Momen had commented on PM Modi's visit to the country. He said. "Focus of the visit is celebration. Bangladesh PM Sheikh Hasina & PM Modi have reached such height of diplomatic maturity that we've been resolving all our critical issues through dialogue & discussion".

"Without a single bullet, we're achieving our goals. For India, their eastern border is secured because of strong relationship with Bangladesh. For us, land boundary finalised, maritime boundary with India finalised, water sharing of Ganga finalised," Momen added.

Maharashtra stares at another lockdown as Covid-19 cases rise