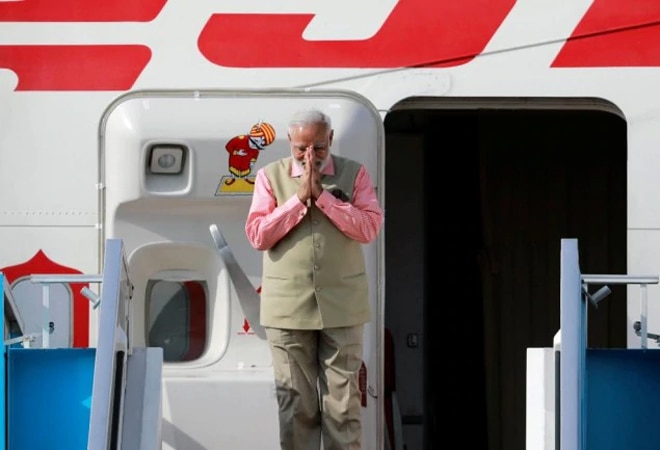 The ministry said agreements were signed in the areas of defence, investment, trade, and technology during PM Modi's visit to 58 nations in 2015

The Ministry of External Affairs (MEA) said in Rajya Sabha that some major MoUs (Memorandum of Understanding) were signed during PM Modi's visits to these countries. The said agreements were signed in the areas of defence, investment, trade, and technology.

The Minister of State for External Affairs V Muraleedharan had in March this year informed Lok Sabha that the Centre had incurred an expenditure of Rs 446.52 crore on PM Modi's foreign visits in the last five years.

Breaking down the expenditure details of 2019-20, the ministry said that government spent Rs 46.23 crore in that year but also informed that the figure was likely to go up as bills for some of the prime minister's visits were not yet received.

Meanwhile, PM Modi will take all his future trips on a VVIP aircraft - Air India One, a highly customised wide-bodied Boeing 777-300 ER. The government has ordered two such aircraft to fly the prime minister, the president, and other senior dignitaries of the country.

The first plane, which was scheduled to land in Delhi on August 25 has been delayed owing to certain operational issues.

The two aircraft are currently being customised in the United States and will replace the nearly 25-year-old Air India One planes of the Boeing 747 fleet.

The new Special Extra Section Flight (SESF) or VVIP aircraft 'Air India One' will be operated by pilots of the Indian Air Force (IAF).