PM Ujjwala Yojana: According to CAG, as on 31 March 2019, OMCs had issued 7.19 crore LPG connections which is approximately 90 per cent of the target of 8 crore connections 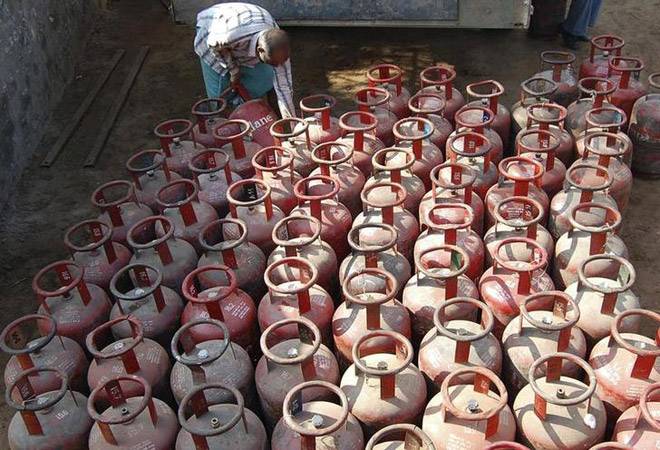 Narendra Modi government's flagship social welfare scheme Pradhan Mantri UjjwalaYojana (PMUY), meant to provide 80 million deposit free LPG cooking gas connections to poor women by March 2020, has achieved 90 per cent of its target, a performance audit to ascertain the implementation effectiveness of the scheme carried out by the apex auditor Comptroller and Auditor General (CAG) of India has found. However, the rate of transition of below poverty line (BPL) households to the continued use of LPG, remains a big challenge as the average refill consumption of 3.18 crore PMUY beneficiaries as on 31 December 2018 was just 3.21 times a year.

The report of the Performance Audit of PMUY (excluding e-PMUY), conducted for the period from May 2016 to December 2018 was laid in the Parliament on December 11.

On the transition of BPL households to LPG, the auditor found that the annual average refill consumption of 1.93 crore PMUY consumers who have completed more than one year as on 31 March 2018 was only 3.66 refills. It slipped further as a similar analysis for 3.18 crore PMUY beneficiaries as on 31 December 2018 revealed that refill consumption worsened to 3.21 refills per annum. The CAG also noticed risk of diversion of domestic cylinders for commercial use as 1.98 lakh PMUY beneficiaries had an average annual consumption of more than 12 cylinders which seems improbable in view of their BPL status. Similarly, 13.96 lakh beneficiaries consumed 3 to 41 refills in a month. Further, IOCL and Hindustan Petroleum Corporation Limited (HPCL) in 3.44 lakh instances issued 2 to 20 refills in a day to a PMUY beneficiary having single bottle connection. Low consumption of refills (up to three) by 0.92 crore loanee consumers had hindered recovery of outstanding loan of Rs 1,234.71 crore, the audit found.

One of the solutions suggested for increasing LPG intake, by making small 5kg cylinders available for PMUY beneficiaries also did not take off as only 92,005 (0.24 per cent) beneficiaries were provided 5 kg cylinder connections during the period under review. Similarly, data analysis revealed that 8.59 lakh connections were released to beneficiaries who were minor as per SECC-2011 data which was in violation of PMUY guidelines and LPG Control Order, 2000.

The report also points out that data analysis revealed mismatch in names of 12.46 lakh beneficiaries between PMUY database and SECC-2011 data. Further, test check in field audit revealed that AHLTINs of 784 (18 per cent of 4,348 KYCs verified) intended beneficiaries were used by LPG distributors to extend benefits to un-intended persons.

PMUY was launched in May 2016 with an aim to safeguard the health of women and children by providing them with a clean cooking fuel - Liquefied Petroleum Gas (LPG). The scheme aimed to provide five crore deposit free LPG connections to women who were devoid of LPG access and belonged to Below Poverty Line (BPL).Beneficiaries were to be identified from Socio Economic & Caste Census (SECC) - 2011 list. The target of scheme was revised (February 2018) to 8 crore LPG connections with expanded/relaxed identification criteria under the scheme Extended-PMUY (E-PMUY) to be issued till March 2020. Accordingly, initial budget of Rs 8,000 crore was increased to Rs 12,800 crore. The scheme also provided an optional loan facility to cover the cost of stove and first refill, recovery of which was to be made from the subsidy accruing to the consumer on LPG refills under Direct Benefit Transfer for LPG (DBTL).

The CAG wanted Aadhaar numbers of all adult family members of existing as well as new beneficiaries should be entered in the system to make de-duplication effective. It also called for appropriate input controls, data validations and mandatory fields to be deployed in distributors' software to restrict issuance of LPG connections to ineligible beneficiaries. The need for E-KYC to reap twin benefits viz. capturing correct information and authenticating genuineness of the PMUY beneficiaries was stressed. The report also suggested that LPG connections issued to minor beneficiaries may be transferred in the name of adult family member if the family is otherwise found eligible under PMUY.