So far, the Mumbai Police has seized properties worth around Rs 4,000 crore in the PMC Bank scam, including Waryam Singh's Demat account shares and other seizures 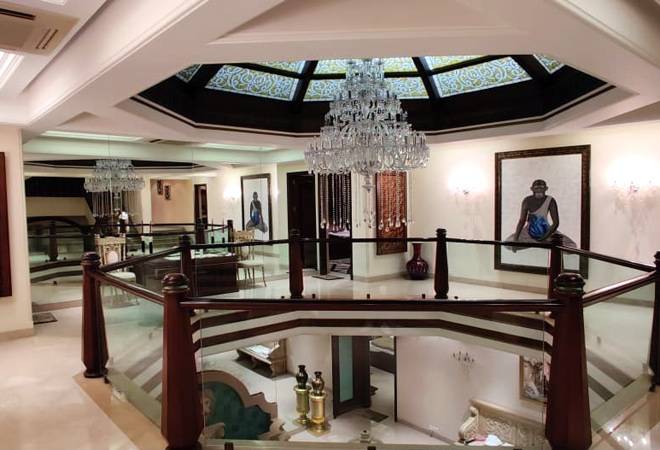 The Enforcement Directorate (ED) has attached a luxurious bungalow belonging to HDIL promoters, Rakesh Kumar Wadhawan and Sarang Wadhawan on Thursday. Known as Diwan Bungalow, the property is spread over 5 acres in Dev Talao area of Vasai (West) on the outskirts of Mumbai. The exact value of the property is not known yet.

The Wadhawans are presently under police custody till October 14 by the order of Mumbai's Esplanade Court. During this time, they will face interrogation in the Rs 4,355-crore scam at the Punjab and Maharashtra Co-operative (PMC) Bank. Former PMC Bank Chairman Waryam Singh and former PMC Bank MD Joy Thomas are also in police custody.

So far, the ED has searched several properties belonging to Rakesh Wadhawan and Sarang Wadhawan and their family members. The agency has seized two private business jets, including a nine-seater Dassault Falcon 200 and a Bombardier Challenger 300. During raids at their house spread in two-and-half acre on Alibag's Awas beach, they recovered three SUVs. Pictures of several Bollywood celebrities and politicians, who would have visited the family's holiday home and partied with Wadhawans, have also been found. The ED is probing if Wadhawans gifted properties to them. The agency has also seized 15 cars owned by the Wadhawans, including two Rolls-Royces, two Range Rovers and a Bentley.

Their properties in Gulf countries and the United Kingdom are also being traced. The ED has also found a yacht worth over Rs 200 crore, belonging to Wadhawans, anchored in the Maldives. The ED will soon write to Maldivian authorities to bring it back. So far, the Mumbai Police has seized properties worth around Rs 4,000 crore in the case, including Waryam Singh's Demat account shares and other seizures.

The ED has also found Rs 10 crore in fixed deposits and saving accounts of the PMC Bank's former chairman Waryam Singh, while the Mumbai police found shares worth Rs 100 crore in his Demat account. The agency also found over Rs 130 crore worth of FDs belonging to the HDIL promoters in the PMC Bank, while the bank account linked to them has just Rs 1.5 crore.