PNB has admitted that the amount of fraudulent transactions could be Rs 1,300 crore more than the current estimate of about Rs11,400 crore. 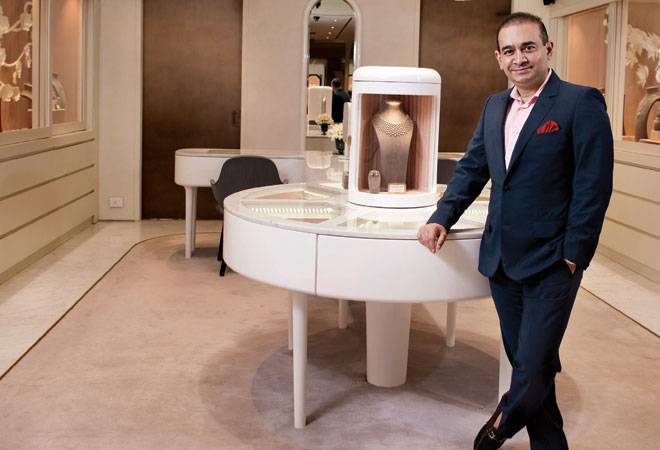 The state-run bank has admitted that the amount of fraudulent transactions could be Rs 1,300 crore more than the current estimate of about Rs11,400 crore. In a filing to the BSE late on Monday night, the bank said the amount of unauthorized transactions could go up by more than Rs1,300 crore. The probe is on into the Rs11,400 crore scam, already one of the biggest in the Indian banking sector.

Nirav Modi, Mehul Choksi planned escape in November, says report.
As the inquiry into the biggest bank scam in India widens, more shady details continue to come out. The fear of being caught had apparently caught hold of diamond merchant Nirav Modi and his maternal uncle and partner, Mehul Choksi, in November 2017. This was when new staff members joined the PNB's Brady House branch, and raised objections over the issuance of Letters of Undertakings (LoU) and Letters of Credit (LoC) to the duo's firms. The duo planned their exit in November 2017 when two senior employees, who were directly authorised to issue LoUs, left the country, and the new staffers raised alarm, the Indian Express was quoted as saying.

Airtel customers might soon enjoy high-speed internet connectivity in-flight
As in-flight entertainment stages a vanishing act, domestic travellers may soon have a better option. The largest telecom operator Bharti Airtel has formed an alliance - Seamless Alliance - with OneWeb (Softbank-backed satellite start-up), Airbus (US-based airline), Delta (US-based airline), GoGo (in-flight broadband provider) and Sprint (US-based telecom operator) to offer in-flight connectivity. The alliance has members from three sections - in-flight broadband providers, telecom operators and aircraft manufacturers.
The global alliance, formed in Barcelona, will provide high-speed, low-latency connectivity seamlessly from the moment a passenger boards the aircraft till its landing. The pricing of the services that are going to be offered by the alliance is not decided yet

RBI assures customers will not lose money in mobile wallets
The Reserve Bank of India has dismissed apprehension over mobile wallet money assuring that customers will not lose money even if wallet companies remain non-compliant to its full KYC (Know Your Customer) guidelines after the last deadline expires on Wednesday. The Economic Times reported that  such assurance came with restrictions, which are aimed at strengthening the system. "PPI (Pre-paid instrument) issuers not obtaining the KYC related inputs of their customers within the timeline, the customer will not lose their money," said B.P. Kanungo, deputy governor of RBI. "Reloading of the PPI and remittances can resume after completing the KYC requirement."

Reliance Jio, Samsung to bring 4G LTE coverage to 99% of India by Diwali
Samsung Electronics and Reliance Jio announced at the Mobile World Congress 2018 that they would continue their partnership for roll-out of 4G LTE network with expanded coverage and capacity. The two companies say that the idea of the tie-up is to make sure that as much as 99% of India's population has access to LTE coverage. A nationwide cellular IoT (Internet of Things) network is yet another aspect of the tie-up according to a report in the Financial Express.  According to Reliance Jio and Samsung executives by October 2018 or Diwali, as much of 99% of India would be covered.

Apple prepares to launch biggest iphone ever this year
Apple patrons can look forward to three new launches from the brand this year. Apple Inc is preparing to release a trio of new smartphones: the largest iPhone ever, an upgraded handset the same size as the current iPhone X and a less expensive model with some of the flagship phone's key features. With these new launches Apple wants to appeal to the growing number of consumers who crave the multitasking attributes of so-called phablets while also catering to those looking for a more affordable version of the iPhone X