The power minister also pointed out that SECI will have to shell out Rs 40 lakh per year for every MW of renewable capacity without PPAs over 25 years. 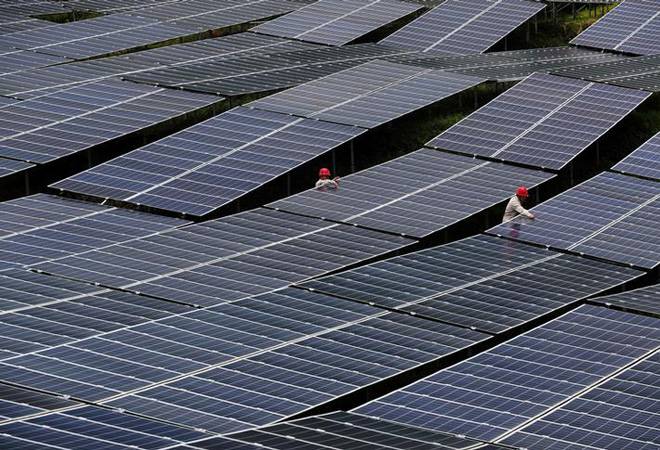 While the government has rejuvenated its focus on the sector, power minister has said that states are not purchasing solar power even at the lowest rates. Union Power Minister RK Singh has warned that the country's installed renewable energy capacity might get stranded as states are not very keen on purchasing solar power even at the lowest rate of Rs 2.44 per unit. Singh wrote a letter to Finance Minister Arun Jaitley voicing his concerns.

He wrote, "If any discom purchases renewable energy at Rs 2.44 per unit, then along with the fixed cost (which they will have to pay thermal stations under PPAs, whether or not electricity is lifted), the total cost per unit would come to Rs 4.04, which is higher than the average price (Rs 3.25/unit) which pay for thermal power," as mentioned in a report in Financial Express.

Singh also said that renewable energy is intermittent and in such a situation, a capacity of approximately 88,000 MW (71,300 MW established and 17,500 MW under construction) can be achieved only after constantly pursuing the states but the states flatly refuse to sign power purchase agreements (PPA) for renewable energy if the rates are any higher.

The power minister also pointed out that state-run Solar Energy Corporation of India (SECI) cannot afford to be in such a situation. He said that SECI will have to shell out Rs 40 lakh per year for every MW of renewable capacity without PPAs over 25 years. "This is not a situation the SECI can afford. Therefore, there is absolutely no question of SECI getting into a situation, where it accepts a bid and then cannot get the PPA signed by the states for the power at that rate," he said.

About 4 gigawatts of recent solar bids, including 1 gigawatt by Uttar Pradesh and 500 megawatts by Gujarat, have been scrapped due to high prices. The imposition of 25% safeguard duty on import of solar cells/modules is only making matters worse as the states are perceiving this as potential rise in prices.

Moreover, India has an ambitious target of increasing solar capacity to 100 gigawatts by 2022 from 23 gigawatts at present.