Ram temple Bhumi Pujan: The advertisement, given by Shiv Sena party secretary, Milind Narvekar, says, "I am proud of the man who did this," below the picture of the Babri Masjid demolition 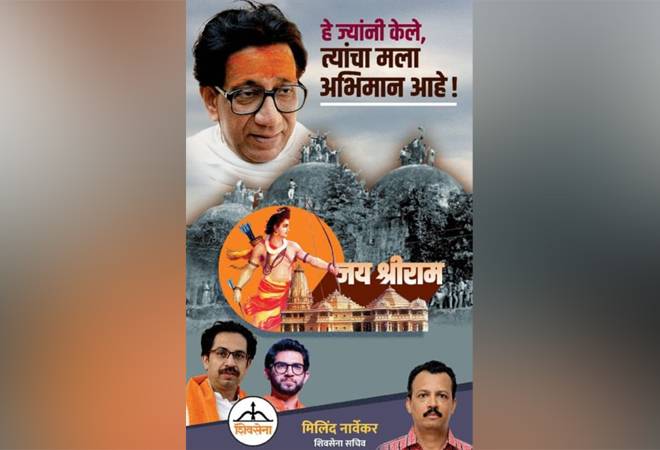 Ahead of the foundation laying ceremony of Ram Temple in Ayodhya, Shiv Sena mouthpiece Saamana newspaper on Wednesday carried out an advertisement depicting the demolition of Babri Masjid.

The advertisement, given by  Shiv Sena party secretary, Milind Narvekar, says, "I am proud of the man who did this," below the picture of the Babri Masjid demolition.

The ad also has a picture of Bal Thackeray, the founder of Shiv Sena party.

The party has also carried out articles praising Balasaheb Thackeray for paving the way for Ram Mandir construction. The Shiv Sena has contributed Rs 1 crore for the Ram Temple construction.

However, the Shiv Sena Chief has not been invited for today's Bhoomi Poojan. Chandrakant Khaire, a four-time ex-MP from Aurangabad and top Sena leader, recently said he was in Ayodhya when the masjid dome was brought down and recalled he had touched the Ram idol installed inside soon after.

Another Sena leader SuryaKant Mahadik said he took part in the kar seva after the dome was demolished.

The Ram Mandir movement is a decade-old issue and took the centre stage when veteran BJP leader LK Advani took out a rath yatra at Ramjanmabhoomi where Babri mosque stood in the 1990s. On December 6, 1992,  the mosque was demolished by activists who believed it was built on the ruins of a temple that marked the spot where Lord Ram was born.