In its annual report, the Central bank said that after demonetization, close to 99 per cent currency was back in the banks, leaving out only Rs 16,050 in black cash that had been weeded out. 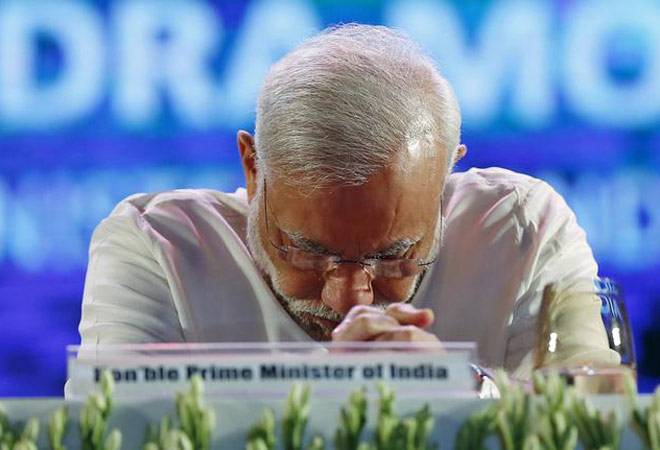 The Reserve Bank of India on Wednesday released its first annual report after last year's demonetisation, putting the government and as well as central bank on defensive for its mammoth currency replacement exercise that arguably paid no dividend. In its annual report, the Central bank said that after demonetization, close to 99 per cent currency was back in the banks, leaving out only Rs 16,050 in black cash that had been weeded out.

Ever since the RBI put out the annual report, the opposition parties have unleashed a full frontal attack on Prime Minister Modi and his policy advisors. The government has underlined the long term benefits to defend the act of demonetisation. However, none of the arguments of the government has been able to convince the critics.

P Chidambaram says 'Shame on RBI'
The Congress, in particular, has made a scathing attack on Prime Minister Modi and held the government responsible for over 100 deaths due to demonetisation. Senior Congress leader and Former finance Minister P Chidambaram criticised the RBI for recommending the demonetisation and, in a tweet, said: "Rs 16000 cr out of demonetised notes of Rs 1544,000 cr did not come back to RBI. That is 1%. Shame on RBI which 'recommended' demonetisation."

Chidambaram not only blasted on the bank but also raised doubts whether the whole exercise was designed to convert black money. He said: "99% notes legally exchanged! Was demonetisation a scheme designed to convert black money into white?" "RBI 'gained' Rs 16000 crore, but 'lost' Rs 21000 crore in printing new notes! The economists deserve Nobel Prize," Chidambaram said in a series of tweets.

In another tweet, he said that it was the poor who suffered the most and around 100 people died during note ban but all that the government gets a few crore rupees. "Over 100 people died due to demonetisation. Jobs lost, lives turned upside down, livelihoods over. Just due to one man's whim," Yechury said. He also said that the Prime Minister should take the responsibility for the disastrous failure of demonetisation.

Asking where the blackmoney go, Yechury said: "99.9% notes back, means black money turned into white - illegal counterfeit into legal tender. Where did black money & counterfeit notes go?" In another tweet, he said that the Modi government's claims of blackmoney reduction, terror and counterfeit currency ending, have all fallen flat. "Despite RBI's delays truth is out," he said.

Rahul Gandhi says note ban ruined the economy
Congress Vice President Rahul Gandhi said that it was a colossal failure which cost innocent lives and ruined the economy. "Will the PM own up?" he asked the Prime Minister. Last year also, Rahul Gandhi had made similar allegation against the demonetisation. "Demonitisation drama is not against corruption or blackmoney. The decision of notebandi is an assault against 99 per cent honest citizens in the country. It's an attack against cash economy and poor people," he had said.

Randeep Surjewala seeks PM Modi's apology
Another Congress politician Randeep Surjewala said that the demonetisation was a disaster in which 'Corrupt' made 'Windfall Gains'. In a tweet, he said: "Utterly failed Demonetisation is nothing but a disaster in which 104 innocent people were killed while 'Corrupt' made 'Windfall Gains'." He further said that the demonetisation was a scam that not only dented institutional sanctity of RBI, but also credibility of India abroad. "PM should apologise to the nation," Surjewala tweeted.

Mamata Banerjee says demonetisation a big scam
West Bengal chief minister Mamata Banerjee said that the RBI's report 'points to a big scam'. Is not the RBI's revelation this evening on demonetisation pointing to a big scam?, Banerjee wrote in a Facebook post. She further said: "Due to this "Notebandi", the Nation has lost Rs.3 lakh crore of GDP in the fourth quarter alone. Demonetisation was supposedly done to uncover several lakhs of crores of black money. And now what we have got is a big big zero!" Banerjee also asked whether the government had facilitated the dealers of black money to convert black money into white. "Was the system deliberately set up by Government of India to facilitate dealers of black money to convert black money into white in lakhs of crores?" She wrote. What was the hidden agenda? she asked.