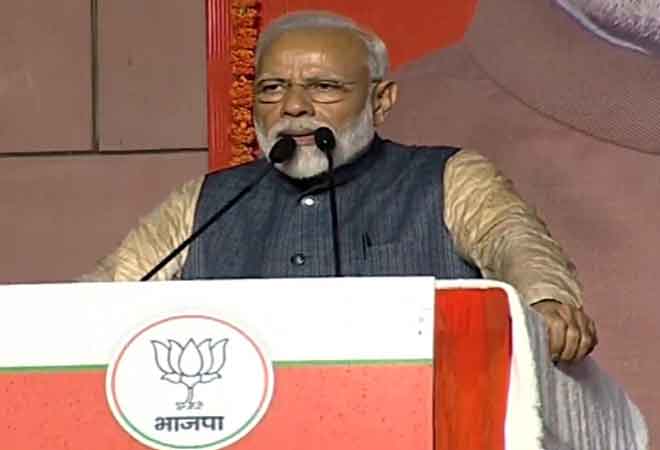 The unions, however, are demanding a complete rollback of the Central laws

Amid the deadlock between the Centre and the protesting farmers, Prime Minister Narendra Modi Saturday urged people to read and share widely an e-booklet issued by the government highlighting how the recent agro-reforms help farmers. The government has issued an e-booklet in English and Hindi highlighting the success stories of farmers who have benefited from the reforms enacted in September.

"There is a lot of content, including graphics and booklets that elaborate on how the recent Agro-reforms help our farmers. It can be found on the NaMo App Volunteer Module's Your Voice and Downloads sections. Read and share widely," the prime minister tweeted sharing snapshots of pages from the Hindi version of the booklet.

Thousands of farmers, especially from Punjab and Haryana, have been protesting at Delhi borders against the Farmers (Empowerment and Protection) Agreement of Price Assurance and Farm Services Act, 2020; the Farmers Produce Trade and Commerce (Promotion and Facilitation) Act, 2020; and the Essential Commodities (Amendment) Act 2020. At least five rounds of formal talks have been held between the three Union Ministers and 40 farmer unions to break the deadlock. The unions, however, are demanding a complete rollback of the Central laws.

Last week, the Centre had sent a proposal to these unions, stating that it would give a written assurance that the minimum support price (MSP) system will remain and also redress their other key concerns, but it failed to break the stalemate.

'Unplanned lockdown' did not win Covid battle in 21 days but destroyed lives: Rahul