Respect for India has increased significantly in last 5 years: PM Modi on his return from US

The Prime Minister returned on Saturday night from his trip to the U.S. where he addressed the UN General Assembly and several events, including the "Howdy Modi!" diaspora gathering 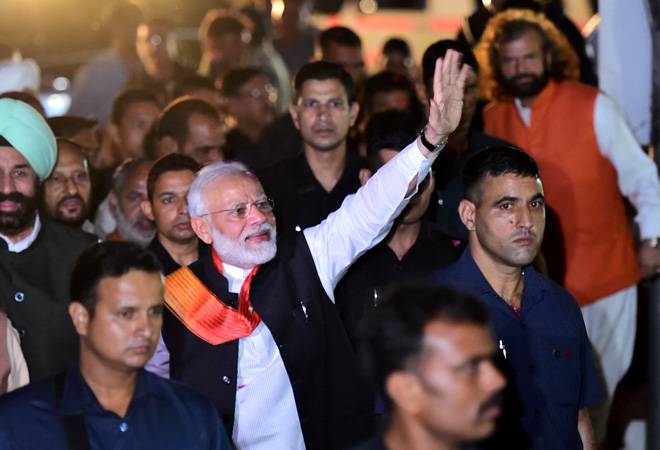 Prime Minister Narendra Modi on Saturday said that the respect and enthusiasm for India has increased significantly on the world stage in the last five years, as he was given a rousing welcome by BJP workers in New Delhi on his return from nearly a week long trip to the US.

Addressing the gathering outside the Palam Airport, Mr. Modi noted that the grand 'Howdy Modi' diaspora event in Houston saw the attendance of U.S. President Donald Trump and both the Republicans and the Democrats. He said what stood out was the manner in which the Indian community in the US showcased their presence.

Mr. Modi also recalled the surgical strikes on terror launch pads in Pakistan-occupied Kashmir, saying three years ago on this day he did not sleep all night waiting for his phone to ring.

"That day marked the victory of India's brave soldiers who did surgical strike and made the country proud," he said.

The Prime Minister returned on Saturday night from his trip to the U.S. where he addressed the UN General Assembly and several events, including the "Howdy Modi!" diaspora gathering.

The BJP organised a grand welcome for the prime minister outside the Palam Technical Area where thousands of party workers gathered.

Before leaving for Delhi, the Prime Minister thanked the American people for the "exceptional welcome, warmth and hospitality" and expressed confidence that the diverse range of programmes he attended during the stay will greatly benefit India and its development trajectory.

PAN-Aadhaar linking date extended to December 31; here's how to link them