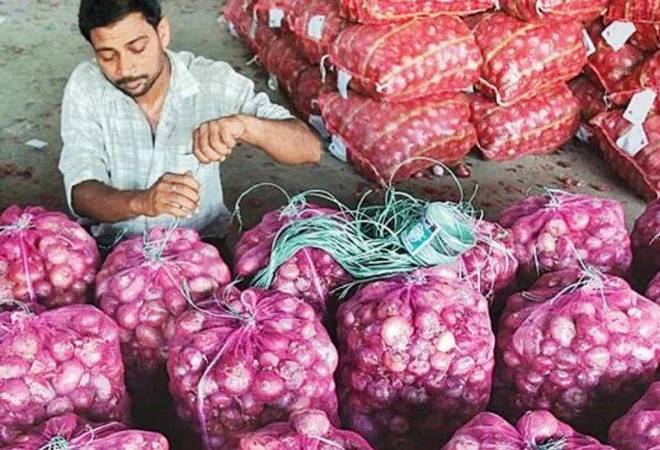 The skyrocketing onion prices across the country have forced restaurants, eateries and hotels to charge more on dishes containing the staple ingredient. The retail rate of the bulb have soared between Rs 70-Rs 100/kg in different parts of the country.

The restaurant owners say the spike in onion prices has made it difficult for them to run their businesses prompting them to pass on to the burden to the patrons.

"Many customers demand raw onion slices with the main dish. But we have put up a board at our hotel to inform the customers that a plate of raw onion would cost Rs 15 extra. We have taken this decision as we cannot afford to serve it free of cost," Prakash Shetty, who runs Bharat Lunch Home in Sion- Koliwada area of Mumbai told the PTI.

"In the past, we used to serve approximately 10 kg of raw onion to our customers on a daily basis. But it has become impossible today. Therefore, we decided to charge extra for it as we are left with no other alternative," he added.

Another restaurant owner told the news agency that several food items have become costlier as a result of the rising onion prices.

"The prices of a number of dishes, which cannot be prepared without onions, have gone up. Earlier, we used to procure onions from the wholesale market at Rs 15-20 per kg. But over the last two months, we have been facing problems due to the exorbitant rates of the bulb," he said.

A retail vegetable vendor further stated, "We are charging Rs 80 per kg for new onions, and Rs 125 per kg for the older stock.

Onion prices have been on the rise for the last one month due to supply disruption from flood-affected producing states like Maharashtra. Prices have risen sharply in the last few days due to heavy rains in the key growing states.

Also Read:Infographic: Why onion prices have shot through the roof

'We both had given up artistic careers': Anand Mahindra reminisces meeting Uddhav Thackeray for first time