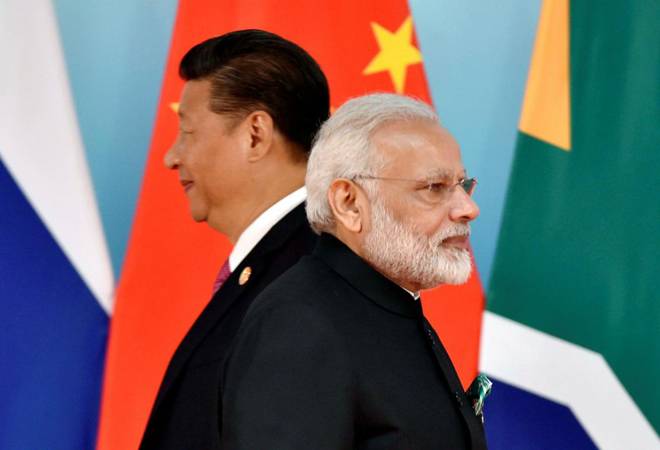 It calls for the establishment of a separate body to oversee FDI's operations including M&As, something similar to the scuttled move to bring in a National Security Exception Act (NSEA) in 2006, to review foreign investment-related security threats

India's recent decision to restrict automatic flow of foreign direct investments (FDI) from China and other neighbouring countries may not have much impact on the country's self-dependence in manufacturing, argues a new analysis by Delhi-based researchers.

The paper "Inbound mergers and acquisitions: issues and challenges" by K.S. Chalapati Rao and Biswajit Dhar prepared under the ICSSR-sponsored research programme states that losing the control of technology-based domestic companies nurtured through liberal tax incentives to any country will have long term adverse implications.

"Given its present position of not being able to access technology and not spending enough on R&D, technology-based domestic companies are of immense strategic importance. Losing them to any country let alone China will be a serious blow," the researchers say.

The paper states that the need to review FDI policy had never been followed up even though it was mooted as far back as 2008 and reiterated in 2017. "Instead, piecemeal relaxation of FDI policy has been continuing. The policymakers seem to believe that opportunistic M&As by other countries are benign and those by China are harmful. When the European countries unhesitatingly address the issue of fire sale, India's approach aimed at only the neighbouring countries can at best be termed as feeble," they point out.

According to the authors, FDI has acquired a prominent place in many technology intensive industries, with M&As playing a major role, in the last two decades.

"There is little scope for domestic leaders to emerge in such industries and remain domestically-owned. There have also been many problems associated with foreign manufacturing companies: weak local linkages, adversely affecting CAD, perpetual dependence on technology from parents, transfer of resources (in many forms) and relatively far less investment in manufacturing sector (and much less in new capacity creation). At the general level, there has been high and persistent loss of foreign exchange due to disinvestment/repatriation. FDI, which is sought to meet CAD, can, in fact, contribute to future deficits. India cannot continue to rely on FDI to achieve the goal of creating an internationally competitive manufacturing sector," the paper suggests.

They look at uncontested takeover of Indian firms as an indication of the absence of conditions that allow domestic entrepreneurs to remain in business and to scale up.

"Cross border mergers and acquisitions are only a symptom behind which there are many contributing related aspects like trade, finance, technology and entrepreneurial failure. Thus, restricting brownfield investments alone will not serve the purpose. Positive steps will have to be devised keeping the sectoral needs in focus to encourage domestic enterprises. The focus should, therefore, shift to better understand the constraints faced by the domestic industry. In the absence of leading Indian companies, promising start-ups cannot be prevented from selling off to MNCs," they said.

The research paper wanted private equity funding in R&D-based companies to be substituted by long term stable domestic funding. "The emphasis placed by France and Germany on the funding aspect cannot be lost sight of. The merger policy cannot be nationality neutral. Cross-border acquisition of domestic companies should be treated separately. Instead of relying on the Competition Act, a new mechanism needs to be devised to prevent India from losing advantage in critical areas," the paper suggests.

It calls for the establishment of a separate body to oversee FDI's operations including M&As, something similar to the scuttled move to bring in a National Security Exception Act (NSEA) in 2006, to review foreign investment-related security threats.  According to them, some of the problems are associated with liberal FDI policies and are not specific to M&As.

"Regarding competition, the Chinese approach of distinguishing between low technology mass consumption goods and technology-intensive and heavy investment sectors could provide a useful starting point. While the former would operate on market principles, with due regard to the interests of domestic MSMEs, large enterprise groups have to be 'cultivated', and organised and orderly competition has to be ensured. With inadequate expenditure on R&D and continuing lopsided JV arrangements, India cannot expect to build its technological strength. First and foremost the policy of allowing 100 percent FDI companies should be reviewed," it said.