Retail inflation rises to 6.93% in July 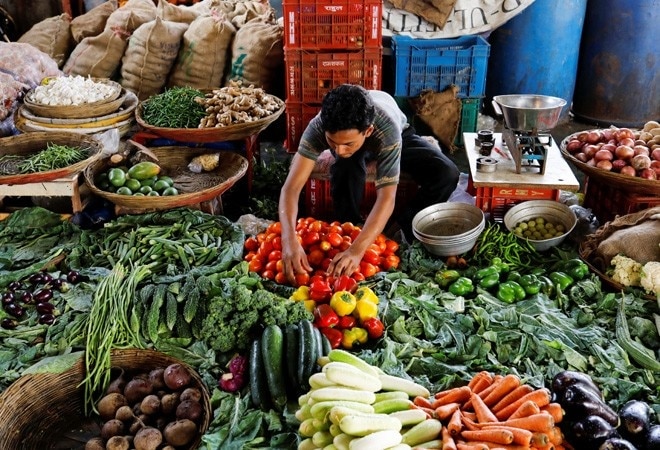 Retail inflation inched up slightly to 6.93 per cent in July owing to higher food prices, the government data showed. The Consumer Price Index (CPI)-based inflation for the last month remained above the RBI's medium-term target of 4 per cent for a tenth straight month. In June, retail inflation (final figure) stood at 6.23 per cent, while it stood at 3.18 per cent in June 2019.

The government suspended the release of CPI inflation headline numbers for April and May due to insufficient data during the lockdown. The RBI kept interest rates on hold last week after reducing the repo rate by a total of 115 basis points since February - despite a recent rise in retail consumer prices - but said it would ensure inflation remains within target.

"As the various pandemic related restrictions were gradually lifted and non-essential activities started resuming operations, availability of price data has also improved. NSO collected prices from 1054 (95%) urban markets and 1089 (92%) villages during the month of July, 2020. CPIs for Sub-Groups, Groups, General CPI (R, U & C), CFPI (R, U & C) at All India level and State-wise General CPI (R, U & C) are being released for those State/UTs where responses from 70% or more markets have been received from rural and urban sector separately," National Statistical Office (NSO) said.

According to the RBI's latest survey, household inflation expectations for the three-month and one-year horizons rose to over 10% in July, suggesting Asia's third-largest economy could enter a period of stagflation - a phase with lofty inflation, high unemployment and stagnant demand.