The consumer price index (CPI) rate hit a 40-month high of 5.54 per cent in November, breaching the RBI's medium-term target of 4 per cent for the second consecutive month 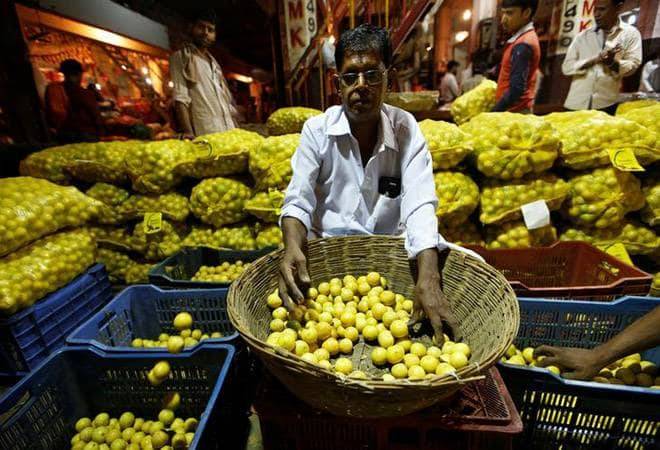 Within vegetables item, the inflation rate in onions climbed to 64.90 per cent from 45.3 per cent in October

The consumer price index (CPI) continued to breach the Reserve Bank of India's (RBI's) medium-term target of 4 per cent for the second straight month in November due to spike in food prices. The CPI inflation, also known as retail inflation, hit a 40-month high of 5.54 per cent in November, from 4.62 per cent in October. It stood at 6.07 per cent in July 2016.

"The inflation rate at 5.54 per cent is heading towards the upper limit set by the RBI at 6 per cent. However, this surge in inflation was expected with the skyrocketing prices in vegetables, as food and beverages has a share of around 45 per cent in Consumer Price Index (CPI)," said Deepthi Mary Mathew, Economist at Geojit Financial Services.

Core inflation, which excludes volatile components like food and fuel, remained unchanged at 3.5 per cent.

In November, retail inflation breached the RBI's medium-term target of 4 per cent for the second consecutive month since July 2018, due to consistent rise in food prices. In its December policy review, the RBI kept policy rates unchanged for the first time this year, on higher inflation expectations. The central bank expects food inflation to remain high in the next six months. It has also revised the inflation projection from 3.5-3.7 per cent in the second half of 2019-20 to 4.7-5.1 per cent.

The apex bank is also worried about core inflation, which is currently stable. The recent tariff hikes by telecom service providers have increased the risk of pushing up core inflation and, consequently, CPI numbers, which the RBI targets.

"The worrying fact is the low core inflation rate that is not showing any signs of improvement at 3.5 percent. It reflects the tepid demand in the economy," Mathew said.