Special Judge Arvind Kumar permitted businessman Robert Vadra to travel to USA and the Netherlands as well as directed him to submit his travel schedule. However, the court did not grant permission to Vadra to go to London. 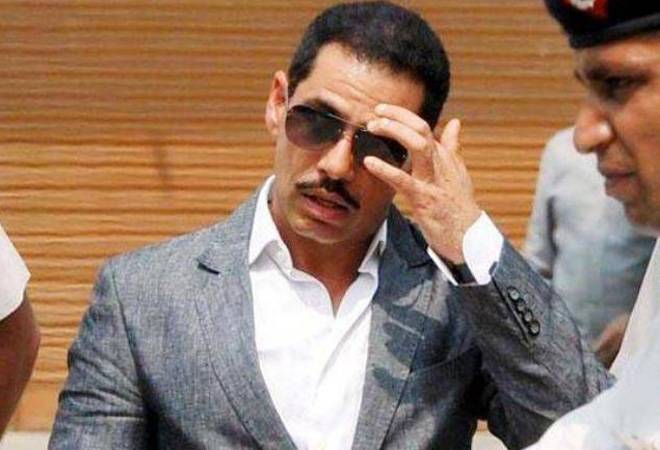 A Delhi court Monday approved businessman Robert Vadra's request to travel abroad for six weeks. Special Judge Arvind Kumar permitted him to travel to USA and the Netherlands as well as directed him to submit his travel schedule. However, the court did not grant permission to Vadra to go to London.

The businessman's counsel KTS Tulsi had reportedly informed the court that Vadra will not travel to London as per his earlier request if the Enforcement Directorate (ED) had an objection, PTI reported.

The probe agency counsels Solicitor General Tushar Mehta and advocate Nitesh Rana, had objected to Vadra's plea seeking permission to travel to the UK and other countries citing health reasons.

The court on May 29 had reserved its order on the businessman, accused in a money laundering case, to travel abroad.

Vadra had told the court that as per Sir Ganga Ram Hospital, he has a "small tumour in the large intestine for the further management of which he can take a second opinion in London if he wishes so".

The ED had opposed the application, saying the medical condition was merely a pretext to go where laundered money is parked.

"We got an opinion based on his medical report. It is a routine medical condition, that neither needs to be operated nor does it need medical treatment. It is not the case that the treatment is not available in India. The luxury of having a second opinion in a particular city should not be allowed," Mehta told the court.

"The probe is at a crucial stage. His custodial interrogation is required and he may flee if allowed to go abroad. He is facing serious charges," he said.

The ED also told the court that Vadra was linked to alleged arms dealer Sanjay Bhandari who was in London. "He may flee and not return. He may influence the probe and destroy the evidence. Bhandari fled from India and is currently in London. He is linked to Vadra in this very case. Vadra May destroy evidence if allowed to go abroad," the agency told the court, adding that Vadra's custodial interrogation was required.

Special Judge Arvind Kumar said he would pass the order on June 3 after hearing arguments from both the parties.

Vadra's counsel Tulsi told the court that without any summons or warrant he returned to India from London as soon as he came to know about the matter, which shows he was not trying to flee. According to the application, Vadra was scheduled to go to London, US, Netherlands and Dubai.

Vadra, facing investigation in a case under the Prevention of Money Laundering Act (PMLA), was directed on April 1 not to leave the country without prior permission by a court which had granted him anticipatory bail while imposing several other conditions.

Vadra, the brother-in-law of Congress President Rahul Gandhi, is facing allegations of money laundering in the purchase of a property in London at 12, Bryanston Square, worth 1.9 million pounds.

Nikkei India Manufacturing PMI rises to 52.7 in May; fastest in three months