The properties in London and UAE were bought with the money of the suspect companies, some of which are owned by Bhandari and Thampi who are closely associated with Vadra. 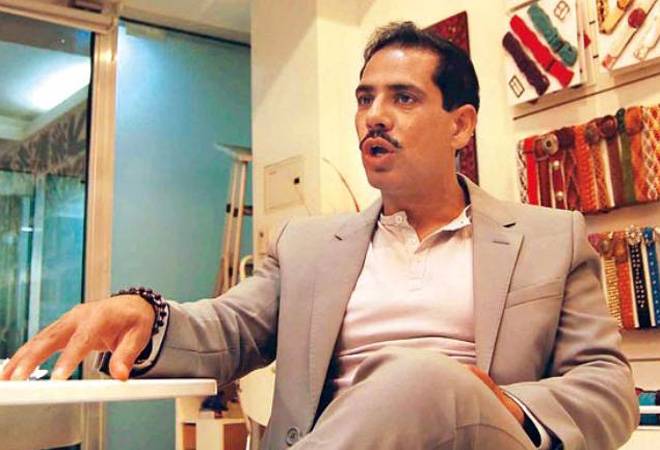 The intense two-day questioning of Robert Vadra by Enforcement Directorate (ED) focusing mainly on his assets abroad, especially in London and UAE has opened a can of worms for the brother-in-law of Congress President Rahul Gandhi. ED grilled Vadra for over eight hours on Thursday on the "ultimate beneficiary" of London residencies and six flats which it alleged were bought by his associates through a web of companies, some of which are allegedly owned by absconding arms dealer Sanjay Bhandari and the UAE-based businessman CC Thampi.

The agency has alleged that many of these properties were used for "routing kickbacks" and "round-tripping illegal wealth". The properties in London and UAE were bought with the money of the suspect companies, some of which are owned by Bhandari and Thampi who are closely associated with Vadra.

The complicit companies include Vortex, allegedly owned by Bhandari, and Sky Light, a Sharjah-based company controlled by Thampi. Another company named "Syntac" is also under ED's radar as Bhandari bought the London mansion from this company for 1.9 million pounds. Another company registered at Park View is also under ED's scanner as this company was involved in the property dealings for Vadra in London.

ED is scrutinising Bhandari and Thampi for allegedly violating the FEMA Act. It has also written to authorities in London and UAE to collate more information about the said companies which includes their ownership details.

Below are some of the other cases against Robert Vadra:

Money laundering: This is not the first time Vadra has come under the sharp lens of enforcement agencies. ED had last year filed a case of money laundering against him for the purchase of a property at Bryanston Square in London worth 1.9 million pounds. Besides this, there were two more properties estimated at around 4 million pounds and 5 million pounds apart from other flats. All these properties were allegedly bought between 2005 and 2010. ED alleged that Vadra and his associates received kickbacks in a petroleum deal inked in 2009 during the UPA regime. The proceeds from this deal were allegedly used by Vadra to buy the plush properties in London.

Haryana land deal case: In September last year an FIR was lodged against Vadra and Haryana Chief Minister Bhupinder Singh Hooda under the Prevention of Corruption Act and multiple sections of the Indian Penal Code (IPC). Skylight Hospitality owned by Vadra allegedly bought land in various places in Gurgaon and sold them at much higher rates than the prevalent market rates.

Bikaner money laundering case: ED in 2015 had registered a money laundering case against Sky Light Hospitality owned by Vadra. The company had bought land in Kolayat, Bikaner at dirt cheap prices and sold it to Allegenery Finlease for Rs 5.15 crore allegedly. The land was meant for rehabilitating poor villagers but was bought by Vadra through illegal transactions. ED also claimed that Allengenery Finlease was a fictitious company and had no real business.

Fraud cases - CBI had in August 2017 registered 18 cases of fraud against companies including an entity owned by Vadra on the recommendation of the then Rajasthan government. Out of these 18 cases, four were registered against his company.