The RSS affiliate opposed PM Modi-led govt's disinvestment plan, calling for a new comprehensive policy that defines the role of public sector enterprises and their worth in making India more stronger 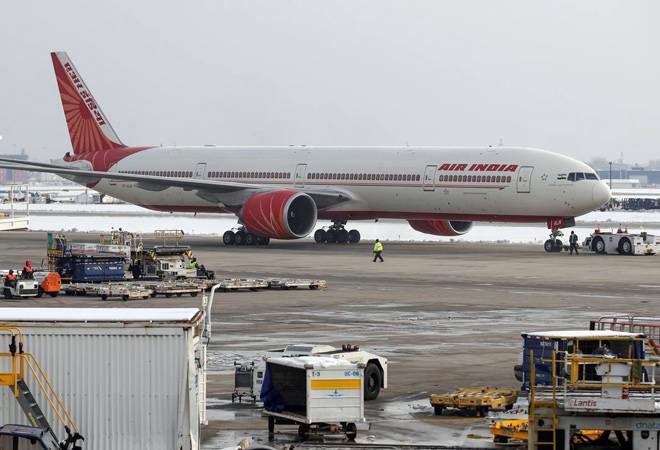 Close scrutiny of Air India's financial and other documents, reveals that the restructuring of Air India's debts and assets can spin the national carrier back into profits.

The 14th National Assembly of SJM held in Haridwar on Sunday called for a new comprehensive PSE policy that defines the role of these enterprises, and their worth in making India more stronger. Opposing the government's plans for Air India and BSNL disinvestments, the Sangh Parivar arm stated that these are required for the strategic needs of the country and wanted it to be turned around.

The resolution passed by the Rashtriya Sabha at the end of its three-day (29 November to 01 December 2019) sitting also included a demand to scrap the government think-tank NITI Aayog's report on PSEs. "There is a need for a fresh assessment of the value and worth of PSEs keeping in mind the vision of doubling the GDP in next five years and accelerating it further in corresponding years. The report is handwork of a few consultants (who continue to work on game plan of vested interests), they should be kept away. The new report should be made with a new set of people, who are not only free from pre-conceived notions but also open to consider Indian requirements," the resolution stated.

The nationalist lobby group also called for a national debate on the disinvestment in the profitable PSEs is the need of the hour. "A white paper is needed on the previous disinvestment of HPCL, where ONGC acquired the equity. How this has benefited the operations of HPCL? Government must explain the benefits BPCL will get after its privatisation. There are cases of 'conflict of interest' and formation of clique to capture India's assets. There is a need to probe the way consultants are being appointed to advise the government and subsequently assist them to offload the equities," it said.

According to SJM, fair assessment - their potential, strategic need, turnaround probability, market utility-of the PSEs is needed and a disinvestment strategy is required. "The strategic disinvestment of the national carrier Air India and oil marketing company BPCL at this hour is uncalled for. Air India requires restructuring and professional management, not disinvestment. Close scrutiny of Air India's financial and other documents, reveals that the restructuring of Air India's debts and assets can not only reduce the liabilities for the company but also spin the national carrier back into profits. A major chunk of losses are because of the servicing of the debt. This debt is taken because of the bad decision-making (with malafide intentions)," it said.

On BPCL, the organisation came heavily on the government decision. "The second largest PSE oil marketing company is regularly reporting profits. The gross refining margins (GRM) of their refineries are matching the best in the global markets. What benefit a strategic investment will bring? If government wants to reduce their equities, the best place to execute this is stock market," the SJM stated.

It also criticised the decision to list Shipping Corporation of India (SCI) and Container Corporation of India (CCI) among the entities for strategic equity sales. "The latter two PSEs are not only in a much better shape, but are also needed to execute the government's plan of making the logistics much faster for the Indian manufacturers. India spent more than Rs 1 lakh crore in last five years annually to rebuild the infrastructure - including roads and freight infrastructures, Dedicated Freight Corridors and Industrial Corridors- what sense it makes for CCI to go to a private hand at this hour. Moreover, SCI is the only company, which runs ships across the world with Indian flags. Most of the private players keep the ownership to the low tax jurisdictions not to the mainland India. SCI is an integral part India's target of doubling the gross domestic product (GDP) in next five years," SJM said.

The opposition of SJM has come at a crucial time as the government is looking for PSE sales to compensate for reduction in tax collections. While it eyes to mop up Rs 1 lakh crore by selling their equities in five PSEs, it has already lined up other 28 PSEs, their subsidiaries and joint ventures for disinvestment. The list includes Hindustan Aeronautical Ltd (HAL), Pawan Hans and Rural Electrification Corporation (REC) - all considered strategically important by SJM.

The organisation called for a larger public deliberation and debate on the methods and timing of offloading the government equities. "The government must look at long-term solutions, instead of falling into the Washington Consensus trap and 'strategically' selling equities to some corporate houses or MNCs," it warned. SJM wants the government to look into the allegations of conflict of interests and conspiracy to capture Indian assets.

Also read: Why Amit Shah-led panel may not be able to disinvest Air India by March 2020?

Manufacturing growth picks up in November; PMI rises to 51.2