SEBI slackens; action against malpractices in FY19 weakest in 8 years

The SEBI completed investigations in 110 cases in FY19 compared to 145 in the previous year, registering the sharpest decline of 24.1 per cent in the past eight years 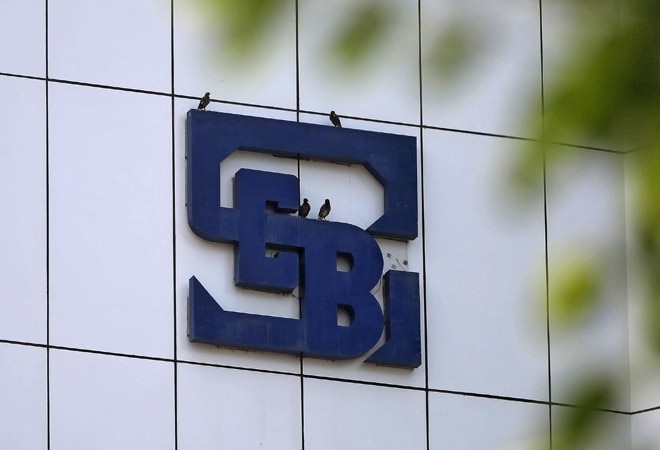 While the number of cases probed by the market regulator, Securities and Exchange Board of India (SEBI) grew around 66 per cent to 194 in financial year 2018-19 it became unimpressively ineffectual in its struggle to crack down on the misconducts in capital markets during the year. The SEBI completed investigations in 110 cases in FY19 compared to 145 in the previous year, registering the sharpest decline of 24.1 per cent in the past eight years. In the financial year 2017-18, when the cases taken up for investigation declined by 52 per cent, the rate of concluding investigations had dropped by 6.5 per cent. In last eight years, the only other year to have witnessed a fall in investigations completed by the regulator was in 2011-12, when the tally had dropped to 74 from 82 in the preceding fiscal. 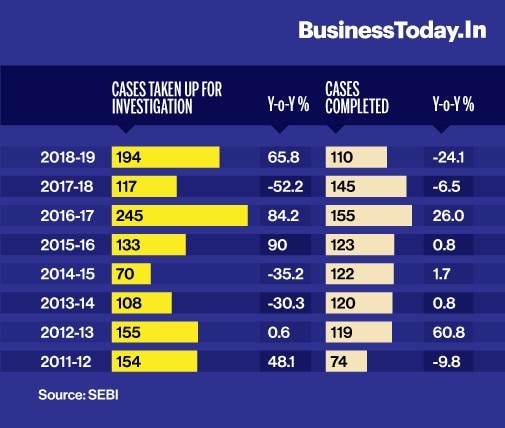 That said, investigations in only 17.3 per cent, or 19 insider trading cases were completed during the year, compared to a disposal of just 4.1 per cent and 9.7 per cent in the previous two years, respectively. Winding up cases pertaining to market manipulation and price rigging halved in the past two years - from 120 in financial year 2018 to 60 in 2019. 84 such cases were taken up for investigation compared to 40 during the aforementioned years.

The actions taken by the SEBI during the year include a disposal of 2,099 adjudication proceedings and 672 prohibitive directions issued under Section 11B of the SEBI Act. It also included 638 warnings or letters issued, deficiency observations, and advice letters.

ALSO READ: This company must repay debts worth Rs 99,000 crore - there's a plan to do it