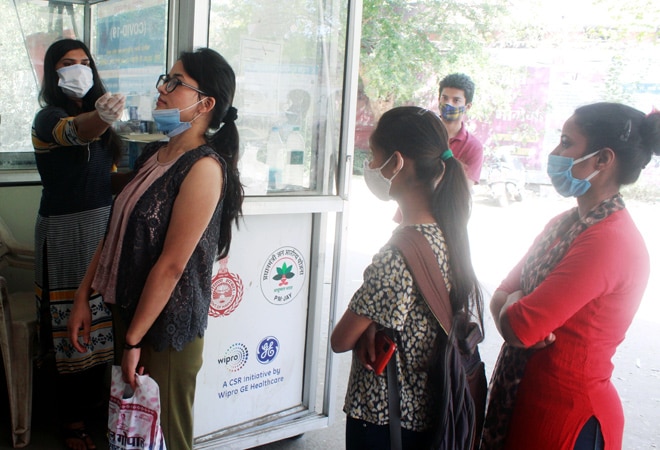 Coronavirus second wave in India to peak in mid-April

The worst of the second coronavirus wave in the country is yet to come, believe scientists from IIT Kanpur. Using a mathematical model, they have predicted that the vicious second wave would peak by mid-April and may see a decline by May end. The approach was also used to predict the spike last year that foresaw that cases would subside by February 2021.

IIT Kanpur scientist Manindra Agrawal applied the same trajectory to the current spike in coronavirus cases and found that the number of daily new infections is likely to peak in mid-April.

The scientist said that there is some uncertainty in predicting the peak value of daily new cases because of the sharp rise. He said that although it is coming to 1 lakh infections per day, it can go up or down. The timing of peaking, however, remains the same, he added.

Gautam Menon from Ashoka University in Haryana also carried out independent calculations and reached the conclusion that the second wave would be between mid-April and mid-May.

HOW COVID-19 PEAK IS CALCULATED

The model uses three main parameters to predict the course of the coronavirus pandemic. "The first is called Beta, or contact rate, which measures how many people an infected person infects per day. It is related to the R-naught value, which is the number of people an infected person spreads the virus to over the course of their infection," he added.

The second parameter is 'Reach', measure of exposure level of the population to Covid-19, and the third is 'Epsilon', ratio of detected and undetected coronavirus cases.

Agrawal said that 'Reach' had to be introduced because unlike other pandemics that start at a location and quickly spread, COVID-19 spread slower due to protective measures. 'Epsilon', on the other hand, helps factor in the number of asymptomatic infections across the country. "Since the detected cases are quarantined, we assume they no longer contribute to new infections. So a growing number of daily new cases, reflect larger undetected infections. By measuring the number of new cases each day, we try to estimate the undetected and asymptomatic infections," he added.

"We learn everything from the daily-infections data. The beta value across India has gone up by 50 per cent in March, which indicates that a combination of factors -- people becoming more relaxed, and more infectious variants going around. But precisely what reason this could be is something biologists have to say," he added.

The model did not previously predict a second wave in the country, which could mean that the parameters changed sometime in between February and March.