"The most major issue to address is the weakness in credit growth. There need to be policies that can resuscitate credit growth but at the same time don't create further NPA problems," said Gita Gopinath 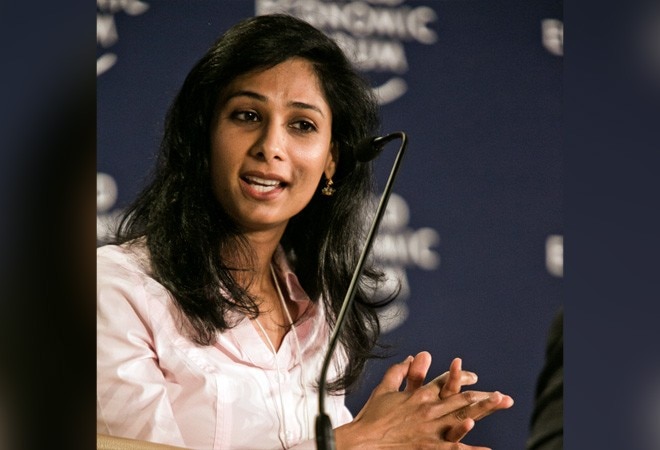 In its World Economic Outlook (WEO) released on Monday, International Monetary Fund (IMF) slashed global growth projections for 2019 to 2.9 per cent and for 2020 to 3.3 per cent. India's growth forecast was also downgraded for 2019 to 4.8 per cent from 6.1 per cent on the back of sharp decline in consumer demand, stress in the NBFC sector and sluggish credit growth.

Talking to Rahul Kanwal, News Director, India Today, on the sidelines of World Economic Forum 2020 in Davos, Gopinath said economic slowdown in India led to global growth forecasts being lowered by more than 80 per cent.

"We have projected global growth at 2.9 per cent for 2019 and 3.3 per cent for 2020, which is 0.1 percentage point lower than the October estimates. The vast majority of it comes from our downgrade for India which was quite significant for both years," said Gopinath.

Slowdown in India has left many sectors feeling the heat. Tepid consumer demand led to industries like the auto sector reporting their worst sales figures in a long time. Amid all this gloom, non-banking financial sector seemed to be the most stressed, said Gopinath.

"First two quarters of India came in weaker than we projected. One sector where we are seeing the most stress is the financial sector -- non-bank financial corporations. We have seen a sharp decline in credit growth and a weakened business sentiment. All this led to the revised numbers," said Gopinath.

IMF's October WEO predicted Indian economy finding its feet back by 2021, supported by monetary and fiscal stimulus as well as subdued oil prices. But for that to happen, the rampant problem of non-performing assets needs to be addressed first.

"We see India recovering. There is a significant recovery coming in in the next fiscal year. There is a fair amount of monetary stimulus in the system, corporate tax cuts are also there -- these should help with recovery in growth," said Gopinath.

"The most major issue to address is weakness in credit growth. There need to be policies that can resuscitate credit growth but at the same time don't create further NPA problems - that is the first step. There needs to be a quicker recapitalisation of banks," she further added.