Word is that former finance secretary Subhash Chandra Garg did not properly apprise the PMO of the consequences of borrowing in external currency. This contention does not seem to hold water 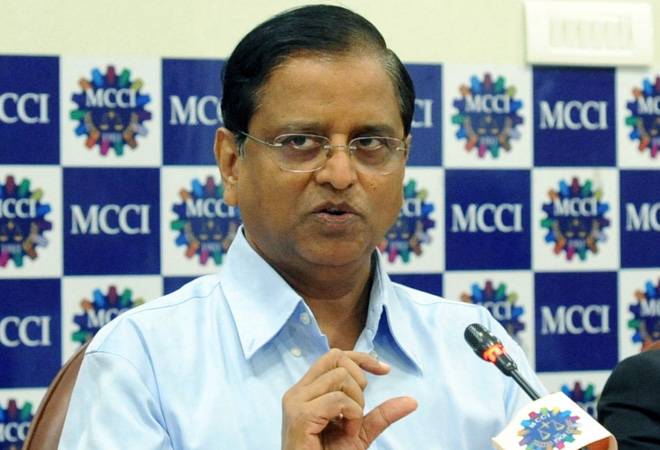 Subhash Chandra Garg (in picture) and the finance ministry both, are mum on what led to his exit from the North Block. Photo credit: IANS

As both the finance ministry and former finance secretary Subhash Chandra Garg stay mum on what led to his exit from the North Block, sources inform that the Prime Minister's Office (PMO) had not been 'properly' briefed about consequences of the external borrowing in dollar-denominated bonds. Earlier this month, Finance Minister Nirmala Sitharaman had announced in her Budget speech that the government would borrow in foreign currency to finance the budget deficit.

Three different officials confirmed that Garg did not 'properly' apprise PMO of the consequences of borrowing in external currency. These officials contended that Garg did not inform them that the issue had not been consulted with stakeholders before it was made part of the Budget speech. Or, the fact that it had inter-generational implications. Their contention does not seem to hold water. Sitharaman's budget speech had a fifty-word paragraph on external borrowing. It is a convention that PMO vets the speech and budget papers before they are tabled in front of cabinet colleagues and subsequently Lok Sabha. Notably, sovereign debt in the foreign currency was originally Garg's idea. Officials in finance ministry say he had moved a similar proposal while working as a joint secretary in UPA's tenure, which had been rejected.

Borrowing in external currency is extremely risky for any developing country with twin deficits. India runs current account and fiscal deficits both. The government will be at the mercy of investors to continue funding these deficits if it borrows in foreign currency It will be in investors' interest to allow the debt to pile up. Subsequently, the country will need more dollars to service the debt. That said, borrowing in foreign currency may destabilise the economy. In fact, former finance minister Arun Jaitley last year remarked that country's lower external debt protects it from external volatility. "Most of the debt is of domestic origin insulating the debt portfolio from currency risk. The limited external debt, almost entirely from official sources on concessional terms, provides safety from volatility in the international financial markets," he said.

The Budget announcement this year was criticised immediately. Rathin Roy and Shamika Ravi, members, Economic Advisory Council to the Prime Minister and even its Chairman Bibek Debroy criticised the move along with former governors of Reserve Bank of India YV Reddy, C Rangarajan and Raghuram Rajan. The fierce criticism came from RSS ideologues S Gurumurthy and Ashwani Mahajan as well. Sensing the trouble, most top officials in the finance ministry either kept quiet or commented on the move in private. Such developments put pressure on the PMO to take action, which led to Garg's exit from the finance ministry. It is rare for governments to evict their finance secretaries. Garg had been elevated as economic affairs secretary in March this year.

There is no doubt that PMO must have vetted the proposal before including it in the final Budget speech. Garg is right in feeling slighted while other officials involved in Budget preparation go scot-free. Meanwhile, he has quit civil services and sought voluntary retirement. He will work as secretary in the Ministry of Power while serving his notice period until October 31.

In a separate order, PMO officials instructed the finance ministry and Garg's successor Atanu Chakraborty to hold discussion with stakeholders to explore ways on raising foreign debt in rupee.