A Supreme Court bench ruled that it cannot direct the government or the central bank to announce particular financial relief or packages, nor can it ask relief for particular sectors 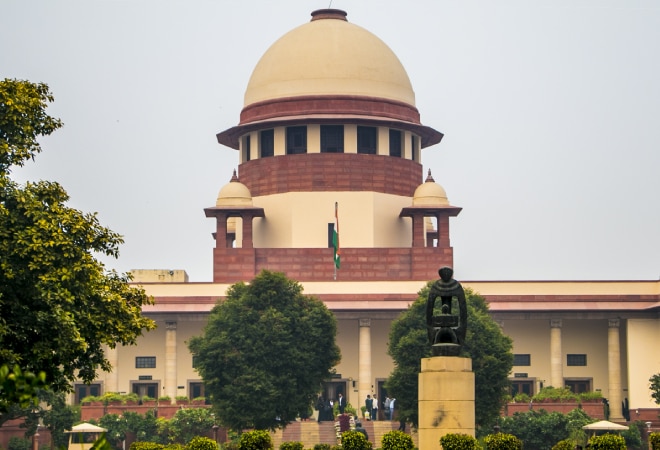 Supreme Court has turned down the pleas from various trade associations and corporate bodies seeking an extension of six-month loan moratorium offered by the Reserve Bank of India. Pronouncing its verdict on Tuesday, the apex court after ruled that it cannot grant complete waiver of interest either. A bench headed by Justice Ashok Bhushan had reserved its verdict on these pleas on December 17 last year.

A bench of Justices DY Chandrachud, MR Shah and Sanjiv Khanna said that it cannot direct the government or the central bank to announce particular financial relief or packages, nor can it ask relief for particular sectors.

To the relief of borrowers, the apex court ruled that there will not be any interest on interest or penal interest on any amount during the moratorium.

The RBI had on March 27 issued the circular which allowed lending institutions to grant a moratorium on payment of instalments of term loans falling due between March 1 and May 31, 2020, in view of the coronvirus pandemic. The moratorium was later extended till August 31, 2020.

The central bank had also allowed lenders to undertake a one-time loan restructuring without classifying them as non-performing assets (NPAs) to ease the financial stress in COVID times.

The Supreme Court had ruled in September 2020 that loans not classified as NPAs till August 31, 2020, shall not be put under this category till further orders. The Centre had then waived the compound interest charged on certain categories of loans up to Rs 2 crore.

Several trade associations and badly affected sectors, including power and real estate, had moved the Supreme Court demanding an extension and other reliefs.

In its representation before the apex court, Centre had submitted before the top court that if it were to waive interest on all the loans and advances to all categories of borrowers for the six-month moratorium period, then the amount foregone would exceed Rs 6 lakh crore.

If the banks were to bear this burden, then it would necessarily wipe out a substantial and a major part of their net worth, rendering most of the lenders unviable and raising a very serious question mark over their very survival, it had said. The government said this was a main reason as to why waiver of interest was not even contemplated and only payment of instalments was deferred.

Giving an illustration, it had said that in case of State Bank of India alone (which is the largest bank in the country), waiver of six months' interest would completely wipe out over half of the bank's net worth which has accumulated over nearly 65 years of its existence.

ALSO READ: Future Group on the brink of bankruptcy despite respite in Reliance deal