Swachh Survekshan Awards 2019: President Kovind who handed the awards said that there is a need to change the mindset of the people towards cleanliness as many people don't think about public cleanliness. 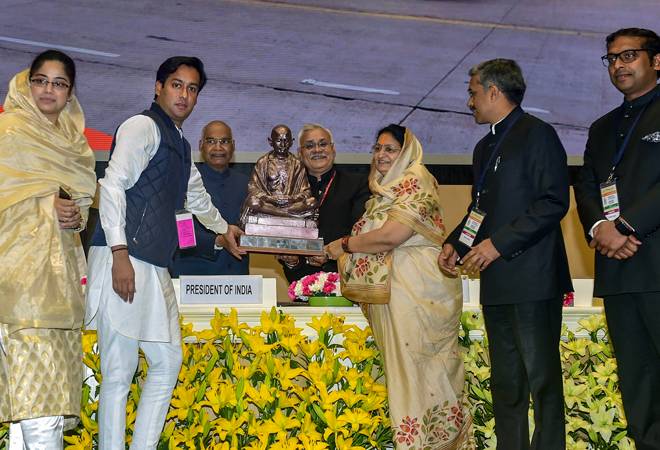 The central government's cleanliness survey declared Indore as India's 'Cleanest City' for the third year on a row on Wednesday. Ujjain and Ahmedabad also bagged the title in two different categories. The cities were awarded for this achievement during the Swachh Survekshan Awards 2019. The honour was conferred by President Ram Nath Kovind at a ceremony in Delhi. Ahmedabad won the award in the 'Cleanest Big City' category, while Ujjain won the title of 'Cleanest Medium City'.

Indore has won this award for the third year in a row now. The second and third positions were clinched by Ambikapur in Chhattisgarh and Mysore in Karnataka.

Union Housing and Urban Affairs Minister Hardeep Singh Puri said, "The fact that urban sanitation had never before been brought to the centre-stage spoke of the common perception that cleaning urban India was an impossible task. These states and cities have risen to that challenge." "To ensure that the momentum and efforts are sustained, we are actively considering the idea of continuing this initiative by having periodic rankings based on data being provided by cities and citizens' feedback," he added.

Swachh Survekshan 2019 that covered all urban local bodies in the country is the largest such cleanliness survey in the world.

Employees to get lesser take-home salary: Know if you are impacted by SC verdict on EPF