Karnataka labour department has also initiated a probe into the non-payment of workers. A report to the state government is expected in the coming days 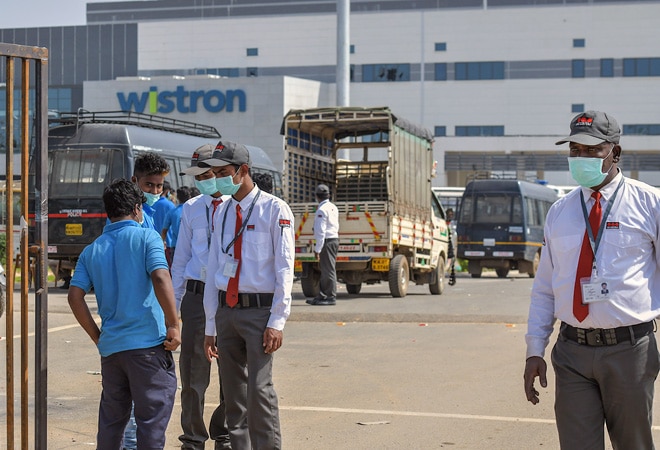 Karnataka Labour Minister Shivaram Hebbar said that some temporary staff at Wistron plant in Kolar were not paid for three months and that women employees were provided inadequate facilities. "This is an unfortunate incident, and we are in touch with the company and the Union government and are doing all we can to help restart the factory within the next 10-15 days," said Hebbar in an interview.

Around five contractors are under the scanner for not paying the workers. Quess Corp, Adecco, Innov, Randstad are some of the third-party contractors.

Karnataka labour department has also initiated a probe into the non-payment of workers. A report to the state government is expected in the coming days. Sudipto Gupta, Managing Director, Wistron India, meanwhile, has written to the government and said that they follow the best of practices and want to protect workers' interests. "We will work together with the state government to ensure plant operations are resumed at the earliest," said Gupta.

The company in its filing to the exchanges said that unlike what is reported, Wistron sustained losses to the tune of Rs 52 crore and not Rs 437 crore. The complaint filed by one of the company's executives, however said that Wistron suffered extensive damage to the building infrastructure as well as theft of iPhones.

Administrative officer Prashanth TD had said in his complaint that a group of outsiders armed with iron rods and clubs forced its way into the premises on Saturday and targeted the HR block first. Once the offices were ransacked the attackers moved to the production unit. Computers, printers and CCTVs were allegedly smashed.