Sushil Modi was speaking at the Federation of Indian Chambers of Commerce and Industry's (FICCI) 92nd annual convention "India: Roadmap to a $5 Trillion Economy" 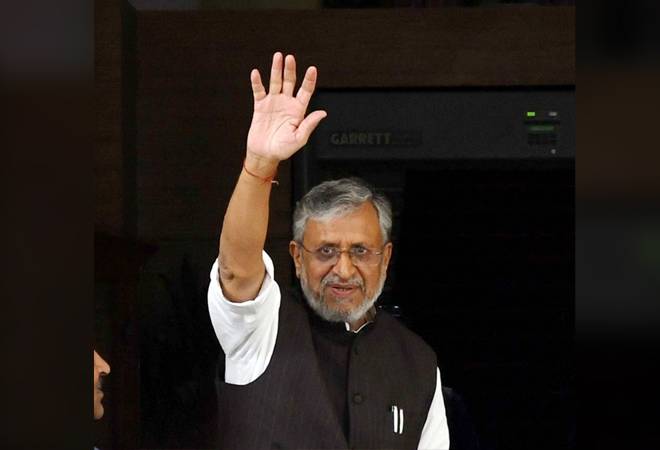 Sushil Kumar Modi, Deputy Chief Minister of Bihar and Convenor of Group of Ministers on Integrated Goods and Service Tax (IGST), has said the states are not in favour of raising GST rates until the revenue stabilises.

He was speaking at the Federation of Indian Chambers of Commerce and Industry's (FICCI) 92nd annual convention "India: Roadmap to a $5 Trillion Economy".

"I want to assure you that not a single state... (and) the Union government is ready to raise the tax rates," Modi said.

He also dismissed rumours of a hike in GST rate and said the media reports have been wrong.

"At a time when the economy is in a slowdown, if you cannot cut the tax rate to boost consumption, do not increase the rates too. At these times you cut the duties and tax rates, and not increase them," he added.

Modi said, "Till the time GST revenue does not stabilise, we cannot think of decreasing the tax rates. In fact, there is no possibility of any change in slabs and tax rates, hike or cut, soon."

He also revealed that the GST Council, in its last meet earlier this week, has considered changing tax rates only once in a year instead of every meeting.

The latest meeting of the GST Council has fixed a uniform 28 per cent tax rate on lotteries, starting March 2020.

The Bihar Deputy Chief Minister said this is not the right time to bring the number of GST slabs down to 3 slabs. Currently, there are a total of five GST slabs -- 0, 5, 12, 18 and 28 per cents.

Modi said that around 99 per cent of the goods and services have lesser taxes levied on them after the implication of GST when compared to the pre-GST period.

The government is facing a shortfall in GST revenue collections as the CGST collection fell short by about 40 per cent of the Budget Estimate in April-November of 2019-20.

GST revenue touched Rs 1-trillion mark after three months gap with the revenue increased by 6 per cent to Rs 1.03 lakh crore in November. The GST revenue collection was Rs 95,380 crore in October.