Trump signs order that could expose S-400 deal to sanctions, but India unlikely to back off

The law, signed by Trump last August, is designed to punish Russia for the 2014 annexation of Crimea from Ukraine, its involvement in the Syrian civil war and for meddling in the 2016 US presidential election. 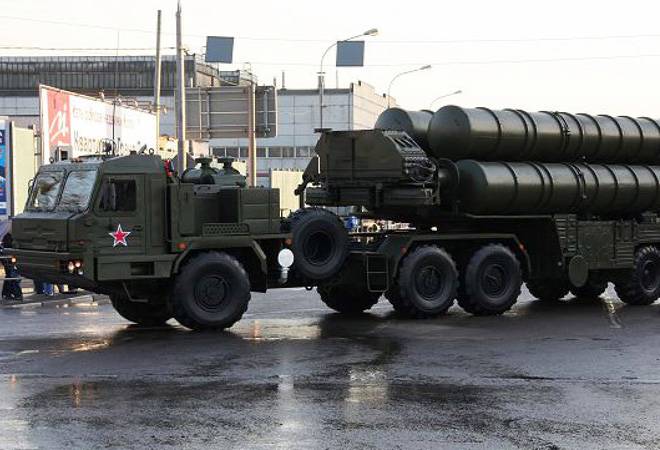 India's nearly Rs 40,000-crore deal to procure the S-400 Triumf air defence system from Russia is back in the buzz with the Trump administration today announcing that the deal would be considered as a "significant transaction" and could face tough US sanctions.

This follows US President Donald Trump signing an executive order yesterday that paves the way for slapping crippling sanctions on countries and foreign entities and individuals violating the Countering America's Adversaries Through Sanctions Act (CAATSA).

Significantly, the US has already imposed sanctions on China's Equipment Development Department, which oversees defence technology, and its director, Li Shangfu, for its recent purchase of Russian Sukhoi Su-35 fighter jets and a batch of S-400 surface-to-air missile systems, a senior administration official told reporters. "CAATSA sanctions in this context are not intended to undermine the defence capabilities of any particular country. They are instead aimed at imposing costs upon Russia in response to its malign activities," he added.

The law, signed by Trump last August, is designed to punish Russia for the 2014 annexation of Crimea from Ukraine, its involvement in the Syrian civil war and for meddling in the 2016 US presidential election.

However, sources told The Economic Times that there is no question of India backing away from the deal with Russia, and assurances have been given at the top level that India will not fall under US pressure. Work, in fact, is afoot to seal the deal internally ahead of President Vladimir Putin's visit - it is reportedly in the final stage with an approval note ready for a decision by the cabinet committee on security. Defence Ministry officials said that there are no points of contention but they refrained from commenting on it being taken up at the bilateral summit early next month.

India has been negotiating the S-400 deal since 2015 and it would be the most expensive missile shield ever bought. An intergovernmental agreement on the deal was signed in October 2016 at the 17th India-Russia summit between Prime Minister Narendra Modi and Putin.

The Russian side believes that for the five systems to be delivered by 2020, as India desires, the mega-deal has to be inked before the end of this year. "Being the best in the world and so far unrivalled anti-missile defence system S-400 is, naturally, in high demand..no production can start before the contract is signed," an official of Russia's Federal Service for Military-Technical Cooperation (FSMTC) told the daily. "Given the importance of the contract to bilateral defence ties, it seems logical and symbolic to sign it at the upcoming summit. But it is up to our partners to decide."

The system, being called a game-changer by the country's military, gives India the capability to track all Pakistani air bases while bringing the Chinese assets in Tibet within its striking range. With a tracking range of 600 km, the missile system can engage up to 36 targets simultaneously within a range of 400 km. In 2016, then defence minister Manohar Parrikar led a major overhaul of India's air defence plans that showed that the S-400 system would save the taxpayer Rs 49,300 crore in acquisitions over the next decade by cutting down the requirement of other short and medium range anti-air missiles.

We aren't the only nation eyeing the S-400 system. Turkey and China have already placed an order - deliveries for the latter are almost complete - and negotiations are on with other countries, including Saudi Arabia and Qatar.

The daily added that India waived off the offset clause for the S-400 deal last year. Under India's offset policy, foreign defence entities are mandated to spend at least 30% of the total contract value in India through procurement of components or setting up of research and development facilities. The waiver for this deal came about to shorten the delivery period of the system, after taking into consideration that it would give India a unique new defensive capability.

Facebook's dating service is live, but not everyone can use it