Now, Nirav Modi will remain under police custody till May 24. The full-fledged hearing in his extradition case will begin from May 30 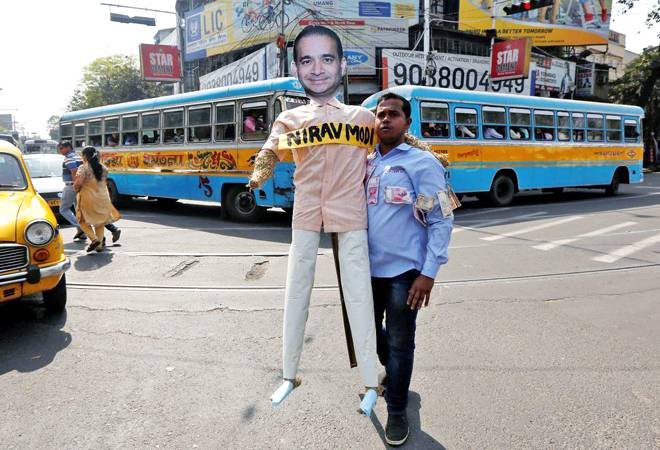 Nirav Modi was denied bail a third time as his legal team did not present any new documents related to the case. File Photo, Reuters.

The Westminster Magistrates' Court in London on Friday denied bail to fugitive diamantaire Nirav Modi for the third time. He was presented before the court via video conferencing. Now, the Indian businessman will remain under police custody in London till May 24. The date for full hearing in his case is scheduled on May 30.

Reports suggest that the UK court extended Modi's judicial custody as no new documents were submitted by his legal team. The Westminster Magistrates' Court had also asked Indian investigation agencies to submit more documents related to the case. The Indian agencies are trying to extradite Modi to India.

Indian agencies have been closely following the proceedings in London to prepare a strong extradition case against Nirav Modi. The Central Bureau of Investigation and Enforcement Directorate, which are looking into the Rs 14,000-crore bank fraud case at Punjab National Bank, are in direct communication with the Crown Prosecution Service (CPS) and will share additional evidence to strengthen the case against Nirav Modi. The CPS is arguing the case on the behalf of Indian authorities.

The bench of Chief Magistrate Emma Arbuthnot had turned down Nirav Modi's earlier bail pleas on grounds that he was a flight risk and could flee the country if given the chance. The court had also noted that Modi could tamper with evidence if left free. It has been revealed in earlier hearings that Modi had threatened to kill a witness and bribe another in order to escape justice.

probing the PNB scam. Following this, the Scotland Yard had arrested Nirav Modi from the Metro Bank in Holborn after a bank employee recognised him.

Meanwhile, back in India, the Enforcement Directorate auctioned 13 luxury cars belonging to Nirav Modi and Mehul Choksi. The bidding process raised Rs 3.29 crore, which will be used to recover the amount defrauded in the PNB fraud case.