Among the 13 cars up for auction, the highest bid was received for the Rolls Royce Ghost at Rs 1.33 crore, followed by 54.60 lakh for Porsche Panamera 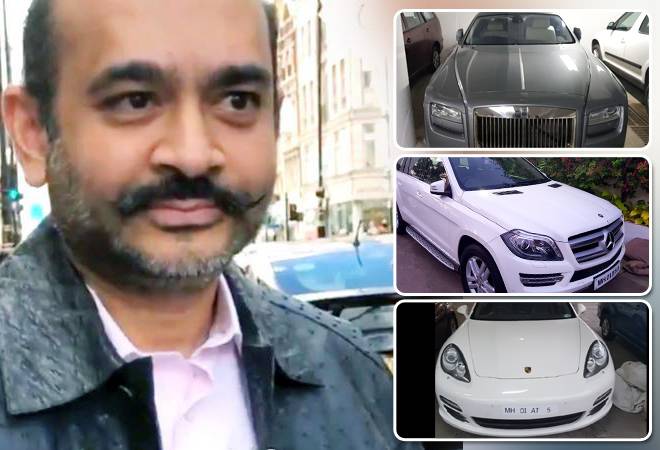 The highest bid received was for the Rolls Royce Ghost at Rs 1.33 crore.

The Enforcement Directorate raised Rs 3.29 crore in bids for the auction of 13 luxury cars belonging to Nirav Modi and Mehul Choksi. Out of the 13 vehicles up for auction, 12 found buyers. The agency had deputed state-owned Metal Scrap Trade Corporation (MSTC) to hold an online auction for the high-end cars owned by the fugitive businessmen.

"As per PMLA Court's order 12 vehicles (ten vehicles of Nirav Modi Group and two vehicles of Mehul Choksi Group) were successfully bidded for Rs 3.29 Crore (approx.) in e-auction conducted through MSTC (sic)," the Enforcement Directorate said in a tweet on Friday.

As per PMLA Court’s order 12 vehicles (10 vehicles of Nirav Modi Group and 2 vehicles of Mehul choksi Group) were successfully bidded for ₹ 3.29 Crore (approx.) in e-auction conducted through MSTC.

The list of cars put up for auction included a Rolls Royce Ghost, a Porsche Panamera, two Mercedes Benz cars, a Toyota Fortuner, an Innova and three Honda cars, among others. The vehicles were reported to be in good condition and were expected to fetch a handsome sum.

The collective base price for the lot was pegged slightly above Rs 3 crore, ranging from Rs 1.33 crore for the Rolls Royce to Rs 2.38 lakh for a Honda Brio. As per MSTC's terms of bidding for the e-auction process, bidders had to deposit an earnest money deposit of matching five per cent of the vehicle's base price they were bidding for. The highest bidders now have 15 days to submit the remaining amount, or their EMD will be forfeit.

The highest bid was received for the Rolls Royce Ghost at Rs 1.33 crore, followed by 54.60 lakh for Porsche Panamera, reports suggest. The bids for these two luxury vehicles were exactly equal to their base price for the auction. A Mercedes Benz 4 Matic GL 350 CDI in the lot raised an H1 of Rs 53.76 lakh as opposed to its base value of Rs 37.80 lakh. Meanwhile an Innova Crysta 2.8Z belonging to Mehul Choksi received highest bid of Rs 18.06 lakh as against its base price of Rs 10.50 lakh.

Meanwhile, back in London, Nirav Modi was denied bail for the third time by a UK court.

ALSO READ:Nirav Modi to remain in prison till May 24 after UK court denies bail again