With this, the Centre's budget allocation for Ayushman Bharat has increased by Rs 4,000 crore from the last financial year 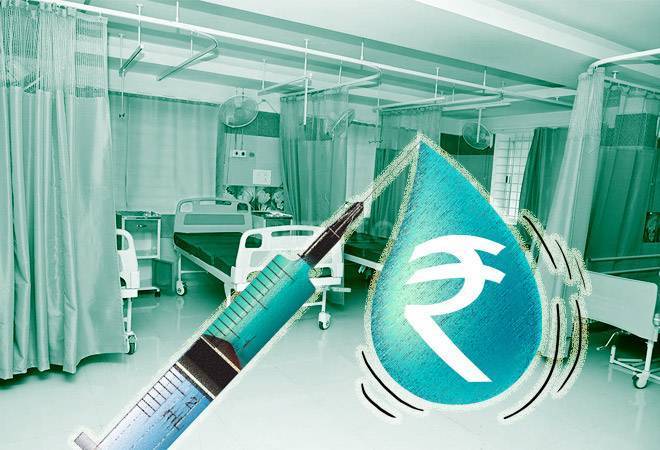 The Modi government on Friday announced that it will allocate Rs 6,400 crore for the implementation of Ayushman Bharat in the upcoming financial year.  With this, the Centre's budget allocation for Ayushman Bharat has increased by Rs 4,000 crore from the last financial year. In March 2018, Union Health Minister JP Nadda said that Rs 10,000 crore was initially allocated to implement the scheme until 2020.

Click here to get all the coverage on Budget 2019

During the Budget 2019 speech, Finance Minister Piyush Goyal  said that over 10 lakh patients have  benefited from free treatment under Ayushman Bharat that is the world's largest health protection scheme.

"Ayushman Bharat was launched to provide free medical treatment to 50 crore people, and already close to 10 lakh patients have benefitted which would have cost otherwise Rs 3,000 crore through free treatment made available under the scheme," said Goyal.

FM Goyal also said that a total of 21 AIIMS hospitals are operating or being established in the country, out of which 14 were constructed under the Modi government. Goyal also announced 22 AIIMS In Haryana. Presenting the Budget for 2019-20 in the Lok Sabha, Goyal said the government has also been providing cheaper drugs through Jan Aushadhi stores.

Modi govt's ambitious healthcare project Ayushman Bharat Pradhan Mantri Jan Arogya Yojana( AB PMJAY), was launched on September 23, 2018. AB PMJAY aims to provide a cover of Rs 5 lakh per family per year and is likely to benefit more than 10 crore poor families across the country. Recently, on January 25, National Health Authority signed an MoU with railways to provide treatment to eligible families in Indian railways hospital across the country.

Also read: Moody's says budget credit negative as it has only giveaways

Moreover, PM  Modi  has written a letter to Lieutenant Governor (L-G) Anil Baijal  for the implementation of the Ayushman Bharat Scheme in Delhi, after failing to persuade Arvind Kejriwal-led Aam Aadmi Party (AAP) for five times.

Get all the latest news on Budget 2019 here