"The world and India cannot have another Bhopal," IndustriALL Global Union wrote in its letter to PM Narendra Modi expressing concerns over the numerous industrial accidents in India since lockdown was lifted 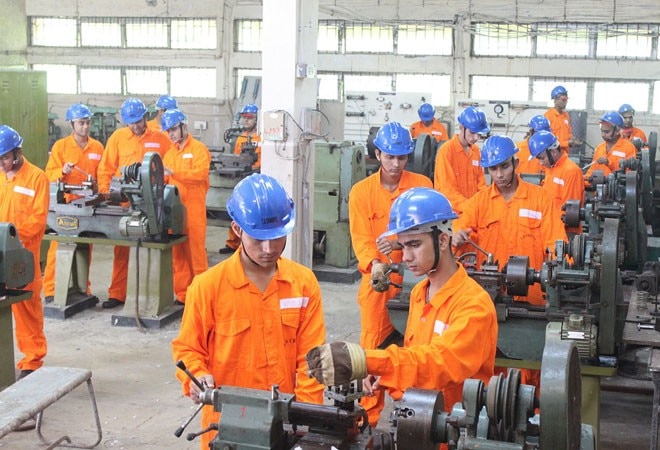 India is witnessing increased instances of industrial accidents in the last few months as factories have started to come back to life after an over month long complete lockdown in March and April.

Since May, more than 30 industrial accidents have been reported in the country that have led to the death of 75 workers and injuring over 100 others, as per data collated by IndustriALL Global Union, a Geneva-based federation of unions from across the world. The number of accidents signify one mishap every two days since the withdrawal of lockdown.

While the toxic gas leakage at LG Polymers' factory in Vizag on May 7 that led to the death of 12 workers and a boiler blast at Neyveli Lignite Corporation's factory in Tamil Nadu on July 1 that killed another 13, grabbed headlines, many smaller instances have happened under the radar that have gone relatively unnoticed. Another boiler explosion at Yashashvi Raasayan Private Limited at Dahej in Gujarat killed at least eight people and injured about 40, while a blast at a mining site at Mahoba in Madhya Pradesh killed 6 people including two women and three minors.

In a letter to the Prime Minister Narendra Modi, IndustriALL Global Union has warned of recurring instances that indicate a pattern of prolonged lapses in safety, regulations and inspection and has asked for a thorough review. At Neyveli for example, a fire broke out at the furnace that led to the death of 7 workers on May 7, almost two months before the bigger mishap on July 1. In all, 20 workers have died at Neyveli alone in nearly two months.

"We are gravely concerned over the incessant occurrence of avoidable fatal accidents. It is nothing but industrial homicide and the Government of India should immediately sound a national alarm to impose proper safety measures and protocols to prevent accidents," said Kemal Ozkan, Assistant General Secretary, IndustriALL. "International norms and standards, particularly workers' rights, play a central role in improving safety. The government must engage with the unions, listen to their demands, and implement and monitor safety measures in a collective way. IndustriALL is ready to work with all stakeholders and provide technical support to improve safety. The world and India cannot have another Bhopal."

The accidents have continued into July in chemical plants, coal mines, steel factories, and power stations. The union has blamed widespread use of contract workers lack of safety inspections, inadequate penal action against safety violations and not fixing responsibility on the employer as some of the important factors contributing to the accidents.

"The type of failures we see in India right now fall under the category of Process Safety  Management (PSM) failures. Serious unplanned events of this scale are beyond the control of individual workers," IndustriALL General Secretary Valter Sanches says in the letter to Modi. "Preventing such events means ensuring that all aspects of safety are at their best. Materials, tools, equipment, the work environment, job and task procedures, and people (both management and workers) must create a system of multiple layers of prevention, with little opportunities for failure."

Has the abrupt manner of shut down as witnessed in March and the lack of planning while restarting in May, lead to the accidents? The unions think so. Failure to ensure adequate maintenance and inspection during lockdown has also exacerbated matters, they believe.

"The Government of India should form an expert commission to analyse the industrial accidents, immediately address this safety crisis and stop potential accidents," said Dr G Sanjeeva Reddy, President of INTUC. "The government should involve unions in the decision making process both at the national level and at the factory levels to avoid accidents in the future."