Neerab Kumar Prasad, chairman of the high power committee, submitted the voluminous 4,000-page report that detailed technical and other aspects of the gas leak to CM Jagan Mohan Reddy 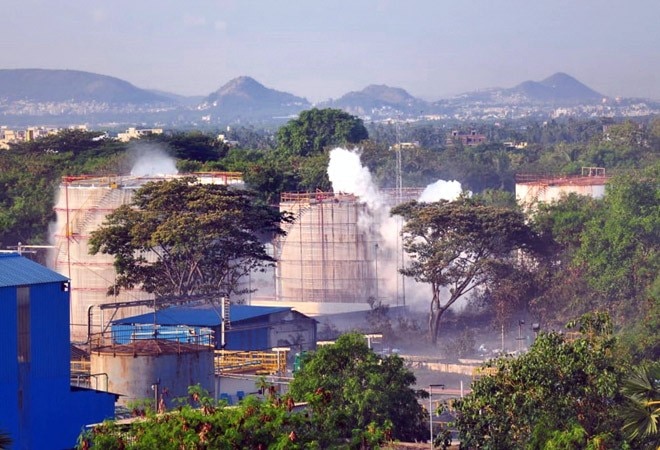 A high power committee set up by the Andhra Pradesh government to probe the May 7 gas leak at LG Polymers plant on the outskirts of Vizag submitted its report to Chief Minister YS Jagan Mohan Reddy at his Amaravati camp office on Monday. The horrendous incident had claimed 11 lives and left hundreds hospitalised.

Neerab Kumar Prasad, chairman of the committee, submitted the voluminous 4,000-page report that detailed technical and other aspects of the gas leak. The report summarised that slackness on part of the company was responsible for the incident, according to a member of the panel. The panel discovered negligence by the company with regard to safety measures and also poor maintenance. It further said that there were no proper preventive mechanism to avert such incidents and the warning siren system was also out of order.

Confirming these, one of the panel members told BusinessToday.In that the committee has recommended to shift the facility from its current location as it cannot be allowed to function in a residential region. The report is said to have sought classifying industries into green and white and should be relocated far from residential colonies so that people do not suffer. Following this, Chief Minister Jagan Mohan Reddy has asked all concerned departments to bring forth foolproof action plans and protocols and have the committee report placed in public domain.

The Chief Minister is believed to have said that the report will serve as guidelines on how to avert mishaps, and if necessary, will lead to necessary amendments to the existing laws. The committee in its report has mentioned at 36 places about how the alarm system at LG Polymers' plant did not function and the siren did not blow.

The committee held discussions will all stakeholders - experts from the state and the central organisations, health activists, eyewitnesses and NGOs, examined 1,250 questions raised by the public through 250 e-mails and 180 phone calls and messages, and spoke to affected people while preparing its report.

The report was based on detailed technical evaluation "carried out scientifically" before giving the suggestions. CM Jagan Mohan Reddy talked to other members of the high power committee through video conference.