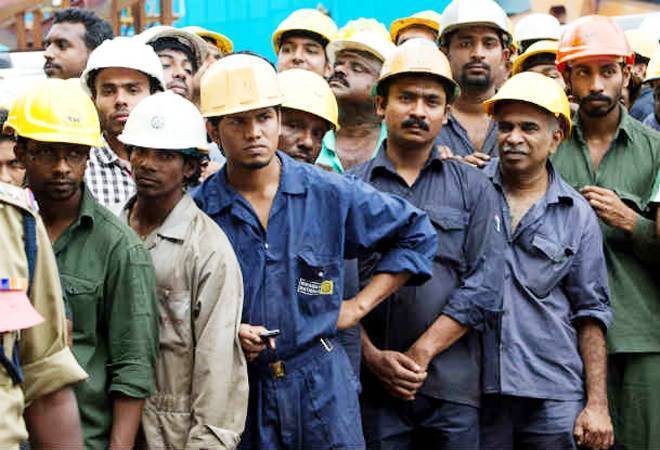 The urban employment rate recovered back from 33.2 per cent in first week of July

The urban employment rate had peaked at 34.5 per cent in the week ended June 28, while it fell to 33.2 per cent in first week of July and remained thereabouts for another week before recovering back smartly to 35.1 per cent, as per CMIE's latest report.

"The recovery in the urban employment rate is surprising because news reports suggest that towns that were 'unlocked' recently have been brought under a lockdown again. This is true of Bangalore, Pune, Patna and Lucknow among others. But, in spite of these intermittent lockdowns and their relaxations the nature of the lockdown in recent times has changed. Many types of services have resumed with restrictions," CMIE said.

"Urban lockdown seems to be evolving in every town to find its own local equilibrium between loss of lives and loss of income. The net result is that slowly employment is returning," it added.As per the CMIE preliminary labour data for the first three weeks of July, there has been improvement in labour conditions during the current month. The labour participation rate has improved, albeit lower than as it was in June, while the unemployment rate has declined so far during the month.

The overall employment rate has continued its recovery in July with average employment rate rising to 37.5 per cent during the first three weeks of the month. The recovery fuels hopes but it is still a long way from the 39.2 per cent average in the first quarter of 2020. The 170 basis point difference between the two implies that employment is still around 18 million short of what it was a few months ago, the report said.

During the week ended July 19, labour participation rate (LPR) picked up to 41.7 per cent, higher than the 40.4 per cent registered during the preceding two weeks. The LPR had hit 42 per cent in the third week of June and then fell for three consecutive weeks.

"The big gain in labour participation rate and the small increase unemployment rate helped in delivering a handsome increase in the employment rate. This rose to 38.4 per cent in the week ended July 19," the report highlighted.