Rescue operation is currently underway at a tunnel in Tapovan, where JCB machines, heavy earth moving equipment and excavators are being used to remove silt and find missing people. Uttarakhand police say around 28 to 30 people are likely to be trapped in Tapovan tunnel Main rescue challenge at Tapovan is 30-35 feet of mud

The rescue operation in Uttarakhand's Chamoli district is still on after yesterday's massive flooding due to a Nanda Devi glacier broke off in Reni village, which has left 15 dead so far. More than 150 people are still missing in the area. The operation jointly being carried out by State Disaster Relief Fund (SDRF), Indo-Tibetan Border Police (ITBP) and National Disaster Relief Find (NDRF) is currently underway at a tunnel in Tapovan, where teams are using JCB machines, heavy earth moving equipment and excavators to remove silt and find the missing people. Uttarakhand DGP Ashok Kumar has said around 28 to 30 people are likely to be trapped in the Tapovan tunnel. The ITBP personnel are also conducting search operations near the second Tapovan dam tunnel. Besides, the Indian Air Force has also resume relief and rescue operation in the Chamoli district area.

Check out all the latest updates on Uttarakhand glacier burst on BusinessToday.In Live blog

12.00 AM: RK Singh, the Union Minister of State for Power and New and Renewable Energy, terms the natural disaster in Uttarakhand, where an avalanche has led to flash floods yesterday, a "very sad and tragic" incident.

11.31 AM: Uttarakhand DGP Ashok Kumar explains about the rescue operation situation in Chamoli district of Uttarakhand, where a glacier burst led massive devastation.

No need to spread panic. The glacier burst yesterday, boulders and debris followed which washed away the Raini power project causing a massive impact on Tapovan. All of this happened yesterday. 32 people from first and 121 people are missing from the 2nd project: Uttarakhand DGP pic.twitter.com/Q2b7uYZdlD

11.24 AM: IAF says aerial rescue and relief missions have resumed with Mi-17 and ALH helicopters flying from Dehradun to Joshimath with disaster relief teams on board.

11.22 AM: ITBP has intensified search operation at the 2nd tunnel. Around 30 people could trapped inside it.

10.45 AM: Canine squad also deployed to carry out the search operation near Tapovan dam in Chamoli.

We've intensified search operation at the 2nd tunnel. We've information that around 30 people are trapped there. Around 300 ITBP jawans are deployed to clear the tunnel. Local administration says that around 170 people are missing: Vivek Pandey, ITBP Spokesperson #Uttarakhandpic.twitter.com/Ab28klDcoB

10.44 AM: SDRF removes the debris and slush at the tunnel near Tapovan dam in Chamol. -- ANI

Uttarakhand: Canine squad also deployed to carry out the search operation near Tapovan dam in Chamoli. A flash flood hit the area yesterday.

10.40 AM: Eight bodies have been recovered from the rescue operation in Tapovan's Dhauliganga, in Chamoli district.

10.35 AM: All rescue teams have reached. As many as 153 people may be missing, says Ashok Kumar, DGP Uttrakhand.

12.30 AM: Visuals tunnel near Tapovan, Chamoli.

#WATCH Uttarakhand: SDRF removes the debris and slush at the tunnel near Tapovan dam in Chamoli to carry out the further rescue operation. Latest visuals from the site.

8 bodies have been recovered in the rescue operation so far.

12.15 AM: Ashok Kumar, DGP Uttarakhand, says around 28 to 30 people may be trapped in Tapovan tunnel. 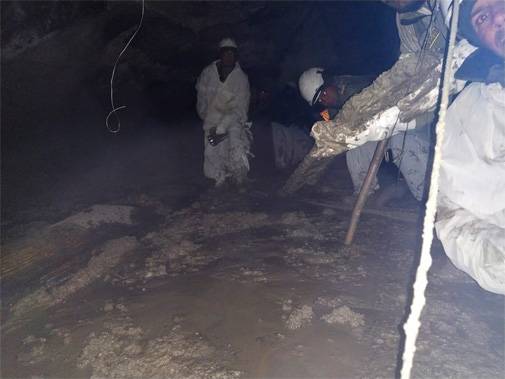 10.12 AM: Visuals from the ground zero at Tapovan. 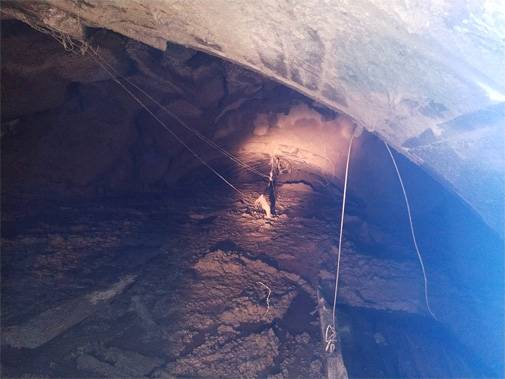 10.07 AM: Australia stands with one of its closest friends at this very difficult time, says Australia PM Scott Morrison.

#Uttarakhand: Visuals from yesterday when the Indo Tibetan Border Police(ITBP) personnel started digging to find the way to tunnel near Tapovan, Chamoli to rescue the persons trapped inside

10.00 AM: UK Prime Minister Borris Johnson has expressed condolences. "My thoughts with the people of India and rescue workers in Uttarakhand as they respond to devastating flooding from the glacier collapse. The UK stands in solidarity with India and is ready to offer any support needed," said Boris.

Devastating news for India and @narendramodi following flash flooding in Uttarakhand. Australia stands with one of its closest friends at this very difficult time. https://t.co/uOnnHMAazY

9.50 AM: The Uttarakhand glacier disaster came as a grim reminder of the Kedarnath deluge of 2013, which led to widespread devastation in the ecologically fragile Himalayan region. However, unlike the Kedarnath tragedy that struck after a downpour, the flash flood on Sunday occurred on a bright and sunny morning.

9.40 AM: Scientists have said that satellite and Google Earth images did not show a glacial lake near the region but there was a likelihood of 'water pockets', which might have burst, leading to massive flooding in parts of Uttarakhand after the Nanda Devi glacier broke off at Joshimath in Uttarakhand's Chamoli district.

9.48 AM: Main rescue challenge at Tapovan is 30-35 feet of mud. Right now, water is flowing above this and many more are believed to be trapped in the mud.