'We will miss you': India mourns Sushma Swaraj's death

During her tenure as Foreign Minister, Sushma Swaraj had developed a reputaion of an approachable minister, often helping Indians facing troubles related to passports and visas 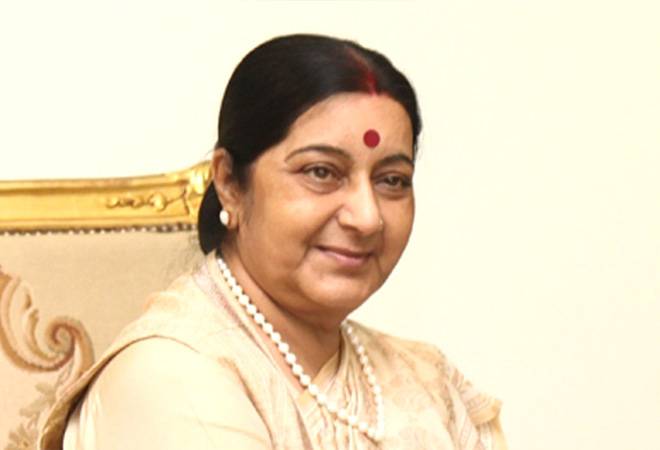 The sudden demise of Sushma Swaraj, one of the rare loved politicians across party lines, has put the country in sorrow. Early reports suggest the former Foreign Minister suffered a heart stroke before she passed away at AIIMS in New Delhi.

Swaraj's health had deteriorated in recent months. The speculations about her health had particularly intensified when she was late as compared to other politicians in arriving at the swearing in ceremony of the new government earlier this year.

Sushma Swaraj had discontinued as the Foreign Minister in the re-elected Modi government over health issues. The position went to S Jaishankar. But her exit as a minister was also deeply regretted by many Indians. She had developed a reputaion of an approachable minister, often helping Indians facing troubles related to passports and visas.

Her kindness which often came coated with wit in her tweets had frequently touched the hearts of people.

She has over 13 million followers on Twitter. And as that account now stands in stillness, her followers are buried deep in grief.

Here are some of the reactions:

In a tweet grieving Sushma Swaraj's death, PM Narendra Modi said, "Sushma Ji's demise is a personal loss. She will be remembered fondly for everything that she's done for India. My thoughts are with her family, supporters and admirers in this very unfortunate hour. Om Shanti."

Sushma Ji’s demise is a personal loss. She will be remembered fondly for everything that she’s done for India. My thoughts are with her family, supporters and admirers in this very unfortunate hour. Om Shanti.

A glorious chapter in Indian politics comes to an end. India grieves the demise of a remarkable leader who devoted her life to public service and bettering lives of the poor. Sushma Swaraj Ji was one of her kind, who was a source of inspiration for crores of people.

Remembering his old colleague in the Union Cabinet, PM Modi recalled her dedication to her job depsite her falling health.

I can’t forget the manner in which Sushma Ji worked tirelessly as EAM in the last 5 years. Even when her health was not good, she would do everything possible to do justice to her work and remain up to date with matters of her Ministry. The spirit and commitment was unparalleled.

"Extremely shocked to hear of the passing of Smt Sushma Swaraj. The country has lost a much loved leader who epitomised dignity, courage & integrity in public life. Ever willing to help others, she will always be remembered for her service to the people of India," President Ram Nath Kovind said in a tweet.

Extremely shocked to hear of the passing of Smt Sushma Swaraj. The country has lost a much loved leader who epitomised dignity, courage & integrity in public life. Ever willing to help others, she will always be remembered for her service to the people of India #PresidentKovind

"I'm shocked to hear about the demise of Sushma Swaraj Ji, an extraordinary political leader, a gifted orator & an exceptional Parliamentarian, with friendships across party lines. My condolences to her family in this hour of grief. May her soul rest in peace. Om Shanti," Congress leader Rahul Gandhi said in a tweet.

"Deeply shocked and anguished by the sudden demise of an extremely valued colleague Smt. Sushma Swaraj. She was a seasoned Parliamentarian and widely respected cutting across the party lines. Her demise is a monumental loss for us," Defence Minister Rajnath Singh said in a tweet.

Sushmaji rose through the ranks to become the External Affairs Minister of India.

During her tenure as the Foreign Affairs Minister she introduced a new sensitivity and sensibility in the functioning of the MEA. She was known as the People’s Minister.

"Smt Sushma Swaraj served the nation with diligence and brilliance. Her contribution to the nation and the party will always be remembered. I offer my heartfelt tributes to her and extend my condolences to her bereaved family," Singh said in another tweet.

External Affairs Minister S Jaishankar expressed his shock and grief over the demise of his predecessor in a tweet.

Deeply shocked to learn of the passing away of Smt Sushma Swaraj. Difficult to accept this news. The whole nation grieves, the Foreign Ministry even more so.

Deeply shocked and saddened to hear about Sushma Swaraj ji’s sudden demise.
A graceful and honest leader, a sensitive and selfless soul, a keen understanding of music and poetry and a dear friend. Our former external minister will be remembered fondly.

"I'm saddened to hear of the untimely demise of Sushma Swaraj, former EAM of India. My deepest condolences to people and government of India on the loss of a distinguished public figure who represented her country with distinction and determination," ANI quoted Afghanistan Foreign Affairs Minister S Rabbani as saying.

As an External Affairs Minister Sushma ji proved the sky's the limit. Helped countless Indians in distress and continued doing so even from her hospital bed. Exposed lies through her well-researched fiery speeches. 🙏 https://t.co/yO23ScBCL7

Shocked at the passing away of my dear Sushma Swaraj Ji. Had the honour of working as the brand ambassador of the 'girl child' campaign under her able guidance and will cherish my personal relationship with her forever. R.I.P. ma'am.

Vice Pres M Venkaiah Naidu: Deeply shocked by sudden demise of #SushmaSwaraj. Her death is a huge loss to the country & personal loss to me. She was an excellent administrator, outstanding Parliamentarian & a remarkable orator. My heartfelt condolences to bereaved family members pic.twitter.com/wtDYwEEZd5

My heartfelt condolences to the family & loved ones of former EAM of India, Smt. Sushma Swaraj ji.

One of India’s most respected leaders, she showed remarkable dedication to serving her fellow citizens & took the Indo-French relationship to new heights.#SushmaSwaraj

My family & I are in complete shock to learn the tragic news of dear Sushma ji’s sudden demise. She was a motherly figure for all of us; an extremely respected stateswoman; exceptional orator & a very loving, caring & warm soul. Will miss her dearly.🙏#sushmaswaraj#RIPSushmaJipic.twitter.com/bJCyKLeIa0

Twenty three years ago in #AtalBehariBajpayee first cabinet we were sworn in together. Her brilliant smile was #sushmaswaraj identity.Sadly we can only cry,because she won’t smile again We will always,always miss you pic.twitter.com/upCmZrNFNs