In view of the rising coronavirus cases in the state, steps have been taken to ensure that COVID guidelines are strictly followed during the counting, the EC official said 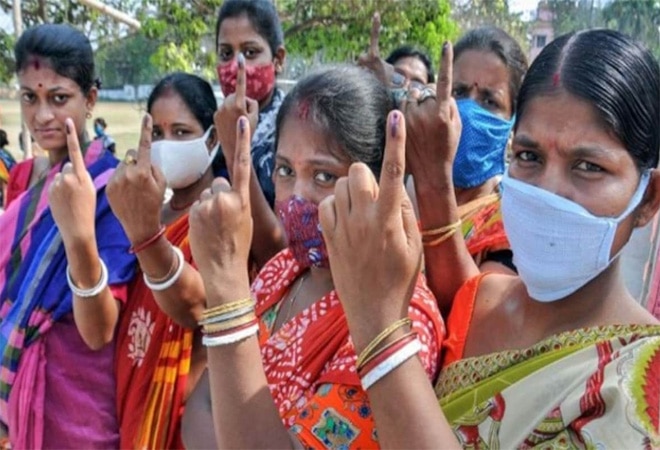 The Election Commission has made elaborate arrangements for counting of votes on May 2 for the West Bengal assembly polls and put in place measures to ensure strict adherence to health safety protocols, amid a raging second wave of COVID-19, an official said on Saturday.

A three-tier security arrangement has been in place at 108 counting centres where polled electronic voting machines (EVMs), along with voter-verifiable paper audit trail (VVPAT) units have been kept in strong rooms, he said. At least 292 observers have been appointed and 256 companies of central forces deployed at the counting centres spread across 23 districts of the state that voted in eight phases between March 27 and April 29.

South 24 Parganas district has the maximum number of counting centres at 15, while Kalimpong, Alipurduar and Jhargram have one each. Counting will begin at 8 am on Sunday.

In view of the rising coronavirus cases in the state, steps have been taken to ensure that COVID guidelines are strictly followed during the counting, the official said. All the EVMs and VVPATs at the counting centres will be sanitised before the commencement of the process.

"Masks, face shields and sanitiser will be kept outside the centres for those involved in the exercise. At least 15 rounds of sanitisation will be done at each centre during the process. We have made a special arrangement for this," he said. The poll panel has decided to place tables in a counting hall in such a way so that social distancing norms are maintained.

"Not more than seven tables, instead of 14, will be allowed in a counting hall. More tables will be placed where we do not have any space constraint," he said. According to the EC guidelines, candidates and their agents will have to produce a negative COVID test report or double dose of vaccination certificate to get an entry into a counting centre.

"We have asked the political parties and candidates to give a list of their agents along with a negative test report or vaccination certificate. They will be allowed if they meet the safety requirement," the official said. Orders have been issued to all the district administration to prevent gatherings outside the counting centres, and actions will be taken against those involved in the violation of the guidelines, he said.

Meanwhile, the West Bengal government on Friday ordered shutdown of all shopping malls, salons, restaurants, bars, sports complexes, gyms, spas and swimming pools in the state with immediate effect until further orders, amid the surge in COVID-19 cases. Social, cultural, academic, entertainment-related gatherings and congregations have also been prohibited in the state for the time being, according to the order.

The state on Friday registered the highest single-day COVID-19 deaths with 96 people succumbing to the disease, the health department said in a bulletin. The tally mounted at 8,28,366 with a record one-day spike of 17,411 new cases of infection.

The state government, however, said activities related to the electoral counting processes and victory rallies will be guided by the Election Commission protocols. "The surge in COVID cases is a huge challenge for us. We have taken all forms of measures for Sunday's counting process. Any violation of measures will attract severe action, including legal one," the official said.

The EC has banned roadshows and vehicle rallies in the state and noted that the COVID safety norms were being flouted in West Bengal during campaigning. Blotched by violence, vicious personal attacks and jingoistic fulminations, polling for one of the most gruelling and long-drawn West Bengal assembly elections concluded on Thursday.

The majority of exit polls released after the eighth and final round of voting suggested that the ruling TMC might have an edge over the opposition BJP and the Left-Congress-ISF combine. But, who will get the magic figure of 147 in the house of 294 will be known only after the votes are counted on Sunday.