According to the Deloitte report titled Empowering Women & Girls in India for the Fourth Industrial Revolution, 95 per cent or 195 million women are employed in the unorganised sector or are in unpaid work. 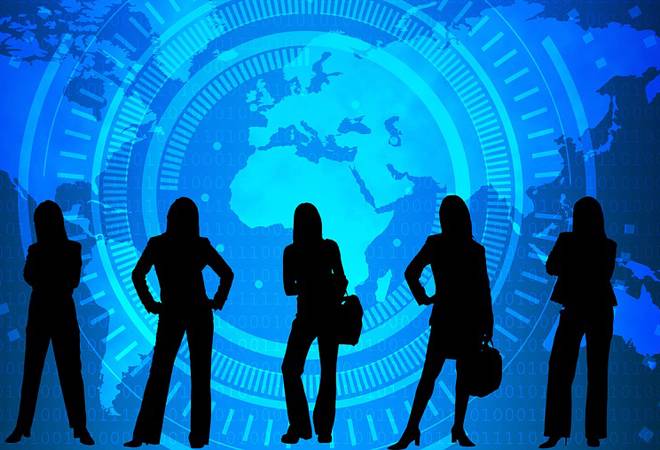 The female labour force participation in India has fallen to 26 per cent in 2018 from 36.7 per cent in 2005, amid lack of access to quality education and underlying social, economic barriers limiting the opportunities for women, says a Deloitte report.

According to the Deloitte report titled Empowering Women & Girls in India for the Fourth Industrial Revolution, 95 per cent or 195 million women are employed in the unorganised sector or are in unpaid work.

As per the report, the education ecosystem needs to go through a set of system strengthening initiatives, including the introduction of digital and STEM (science, technology, engineering and mathematics) education in schools, which in turn will introduce girls to various career choices.

"Specifically in the India context, the female labour force participation has had a decadal fall from 36.7 per cent in 2005 to 26 per cent in 2018, with 95 per cent (195 million) women employed in the unorganised sector or in unpaid word," the Deloitte report noted.

"The range of challenges for women and girls echoes across Asia and India - lack of education, access to quality education, digital divide, which limits them from gaining employable skill sets and entering the workforce or establishing an enterprise," the report said.

It further added that a set of underlying social, economic and political barriers limits opportunities for women.

The report highlighted the need to empower women in India through quality education and re-skilling.

With regards to the fourth industrial revolution, the report said, "a definite concern arises from the advent of technology, digitisation and automation that women who are largely employed in low skills and low paying jobs will lose their place in the workforce".

Hyundai to book an Ola: Motor company in talks to invest $300 million in cab aggregator