World's largest cricket stadium getting built in Ahmedabad: All you need to know

The new stadium will accommodate 1.1 lakh cricketing fans inside the stadium, overtaking current record-holder Melbourne Cricket Ground with a capacity of a little over a lakh. 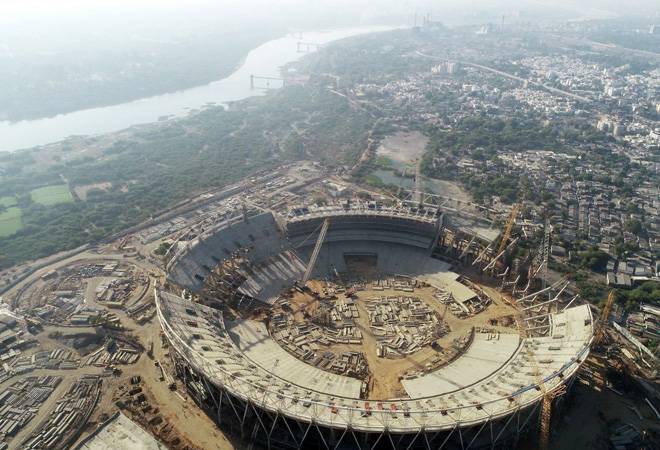 An aerial view of yet to be completed stadium. (Picture from Twitter handle of Parimal Nathwani)

The Sardar Patel Gujarat Stadium in Ahmedabad, also known as Motera Stadium, has notched up quite a few claims to fame since it arrived on the cricket map in 1983. It was here, in 1987, that cricket legend Sunil Gavaskar scored his 10,000th Test run, becoming the first batsman to reach the milestone. Around seven years later, Kapil Dev broke Richard Hadlee's world record of 431 Test wickets.

That's not all. In 1999, the legendary Sachin Tendulkar scored his first double century on this very ground. And now the Motera stadium is being redeveloped to emerge AS the sport's largest arena. Here are 5 interesting facts about the project:

When the new stadium comes up, Gujarat will boast two world-record holding attractions - last October the state unveiled the world's largest statue, the 182-metre Statue of Unity, which now attracts about 30,000 people every day.