The Surrogacy (Regulation) Bill 2019: A casual approach to a serious concern

The Bill ignores suggestions of ICMR and a Parliamentary panel to first regulate assisted reproductive technology (ART) clinics and retains restrictive definitions and unwarranted regulatory provisions raising serious doubts about its efficacy to achieve its objective. 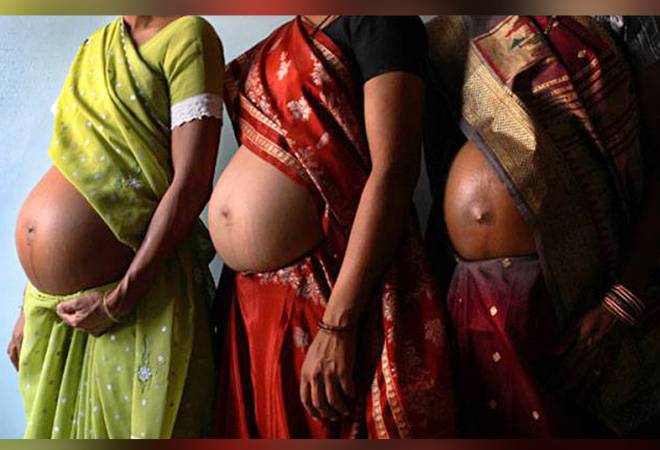 The Bill explains that lack of legislation on surrogacy has led to its rampant commercialisation, unethical practices, exploitation of surrogate mothers, abandonment of children born out of surrogacy and import of human embryos and gamets.

The Indian Council of Medical Research (ICMR) made the first attempt at regulating surrogacy in 2005 by drafting the National Guidelines for Accreditation, Supervision and Regulation of ART (Assisted Reproductive Technology) Clinics in India - the clinics that treat infertility, like in-vitro fertilisation (IVF), and offer surrogacy services. This led to drafting of the ART Bill in 2008, 2010 and 2014 but was never passed by the Parliament.

Then the Law Commission of India took it up in 2009 recognising the need for regulating ART clinics and providing for rights and obligations of parties to surrogacy. It recommended allowing only 'altruistic' surrogacy and a ban on commercial surrogacy.

What followed, however, was the Surrogacy (Regulation) Bill of 2016.

It was examined by the Parliamentary Standing Committee on Health and Family Welfare. In its 2017 report the panel suggested wholesome changes and suggested that the ART Bill should be brought first since "there are no separate surrogacy clinics as such" and that "generally ART clinics offer surrogacy services as well", concluding that "the need of the hour, hence, is to regulate all ART clinics".

It pointed out that the ART Bill of 2014 contained details of all the ART clinics and ART banks, nature and type of services provided, the outcome of the services etc. The government, however, ignored this and most of its other recommendations. The 2016 Bill was reintroduced in 2019 and the Lok Sabha promptly passed it. Now the Rajya Sabha proposes to send it to the same Parliamentary panel again before taking it up for passage.

What the Bill provides

The Bill proposes Surrogacy Boards at the national and state/UT levels and appointment of appropriate authorities for regulating the practice and process of surrogacy.

It bans commercial surrogacy and sale or import of human embryo for the purpose of surrogacy. It provides for mandatory registration of surrogacy clinics - those conducting surrogacy procedure in any form. Contraventions of Bill's provisions would attract imprisonment for not less than ten years with a fine of up to Rs 10 lakh.

It allows only "ethical altruistic surrogacy" to Indian married couples, in the age group of 23-50 for women and 26-55 for men, who should have been legally married for at least five years. "Altruistic surrogacy" has been defined as one in which no charge, expenses, fees, remuneration or monetary incentive of whatever nature is paid to the surrogate mother, except for her medical expenses and insurance cover.

The Bill says the surrogate mother should be a "close relative", "an ever-married woman having a child of her own" and in the age group of 25-35. She would be allowed to surrogate "only once".

The termination of such a pregnancy can only be carried out with the written permission of surrogate mother and on authorisation by appropriate authority.

It also seeks to prevent abandonment of the child born out of surrogacy under any condition and provide for the same rights and privileges as are available to the biological child.

The Bill explains that lack of legislation on surrogacy has led to its rampant commercialisation, unethical practices, exploitation of surrogate mothers, abandonment of children born out of surrogacy and import of human embryos and gamets. In line with the recommendations of the Law Commission of India, it proposes to address these issues and protect the rights of surrogate mother and child.

Apart from stressing on the need to first regulate ART clinics, the 2017 Parliamentary panel, attached to the Rajya Sabha, had proposed several significant changes which the 2019 Bill ignores. Therefore, the need to send the Bill again to the same panel is unclear.

The changes the panel had recommended included defining 'close relative', redefining 'infertility', removing restrictions on surrogacy to 'altruistic' purpose alone, reversing the burden of proof on the accused, removing the need for written permission for abortion and specifying review and appeal procedures etc.

The panel objected to limiting surrogate to a 'close relative' and making it 'altruistic' saying that these would lead to coercion and further exploitation of women due to family pressure, given the social, legal, emotional and ethical dynamics involved.

It said limiting to 'close relative' (which has not been defined) would not only cause acute dearth and unavailability of women but also had no connection with the objective of stopping the exploitation of surrogates and therefore, both related and unrelated women should be permitted.

It questioned limiting eligibility for surrogacy in the definition of 'infertility' to those unable to conceive for 'five years', with a provision to add eligibility conditions on some future date, while the WHO and the ART Bill of 2014 proposed a period of 'one year'.

Such limitation would not only impair chances of parenthood to many, as people get married late these days with their biological clock ticking, but also violate their reproductive rights, the panel said. It proposed a one-year period, which should be waived off for medical reasons.

The panel also objected to limiting surrogacy to only legally married couples and requiring them to be certified as infertile. Calling the certification unnecessary, it said restricting it to legally married couple amounted to imposing prohibition on widows, divorced women, live-in partners, which was not fair given the stigma attached to infertile women.

It demanded to know the rationale behind the denial of compensation to a surrogate mother, who would undergo hardships for nine months and beyond, while doctors, hospitals and lawyers involved in the process would get paid for theirs.

Besides, it suggested that impoverished women should be allowed for paid surrogacy to provide for her family needs.

The panel's other objections and suggestions which have been ignored are: definition of surrogacy should be precise, explicit and descriptive with no scope for misinterpretation, removal of restrictions on donating gamete, removal of written permission for abortion without setting a time limit for it - the rationale for which wasn't clear since the Medical Termination of Pregnancy Act of 1971 already provided for it and time was of essence in abortion - and providing safeguards against huge discretionary powers to the District Medical Board for issuing essential certificates.

Dr Sharda Jain, an eminent gynaecologist and IVF specialist who taught at Chandigarh's PGIMER and Delhi's Lady Hardinge Medical College and represents the view of the Indian Medical Association (IMA) - the apex body of the medical fraternity in India - describes the Bill as a good move to end commercial surrogacy.

She welcomes the move to ban surrogacy for "single parents" (allowing only Indian married couples to avail this), saying that 90% of those coming from abroad for commercial surrogacy in India were from the gay community - not exactly the ones for whom surrogacy is meant, she says.

However, she agrees with the Parliamentary panel that ART Bill should have come first and that 'close relative' should have been defined for clarity.

DNA Technology (Use and Application) Regulation Bill 2019: Another Aadhaar in the making