"We should move towards alternative fuel... I am going to do this, whether you like it or not. And I am not going to ask you. I will bulldoze it. Petrol, diesel gaadi banane walo ka band bajaana hai," he had said in September 2017. 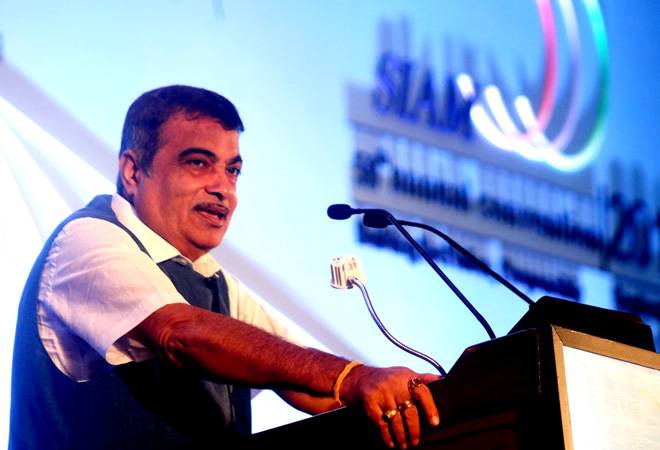 The stage is the same -- the annual convention of Society of Indian Automobile Manufactures where the who's who of the automotive industry congregates every year to brainstorm for an entire day. Only the tone and tenor this time is starkly different.

Barely two years after he gave a vitriolic speech promising he would take manufacturers of petrol and diesel cars to task, Nitin Gadkari, the Minister for Road Transport, Highways, Shipping and MSME, made a complete U-turn saying that there would be no ban on petrol and diesel vehicles in the country.

The context is also different. Back in 2017, the domestic industry was firing on all cylinders, easily managing the twin shocks of demonetisation in November 2016 and the implementation of GST in July 2017. Sales had grown nearly 9.5 per cent between April-August overall, with passenger vehicles growing by 8.7 per cent. Two wheelers had grown by 10.41 per cent and commercial vehicles by 1.6 per cent. A profitable industry is ripe for a government to pick on.

"We should move towards alternative fuel... I am going to do this, whether you like it or not. And I am not going to ask you. I will bulldoze it. Petrol, diesel gaadi banane walo ka band bajaana hai. (We will have to take to task the makers of petrol and diesel cars) For pollution, for imports, my ideas are crystal clear... The government has a crystal-clear policy to reduce imports and curb pollution," he had said then in September 2017. "I urge you (carmakers) politely to do research. First, when I urged you for electric vehicles, you said battery is costly. I coaxed you to start at least. Now, the batteries cost 40 per cent less. And if you start now, cost will be reduced further on mass production. Teething trouble is everywhere."

What was perceived as a teething trouble has turned into a full blown slowdown. Today the $119 billion industry that accounts for 7.1 per cent of the country's GDP, 49 per cent of manufacturing GDP, 15 per cent of GST revenues and provides employment to 37 million people, is in the midst of an unprecedented crisis. In April-July, sales have dropped by more than 10 per cent. Passenger vehicle sales have declined by more than 20 per cent in this fiscal, declining for 10 straight months so far and in 13 of the last 14 months.

The impact is being felt across the value chain. Dealerships are shutting down-nearly 300 in the last 18 months, -- component manufacturers are feeling the pinch and even big manufacturers are cutting down on production and laying off contractual workers. Nearly 3.5 lakh people have already lost jobs and another 10 lakh jobs are on the line. At a time when the prospects of the overall economy are not very rosy-GDP growth slid to a 6 year low 5 percent growth rate in the first quarter of this fiscal -- the nervousness within the government is palpable. The change in tune is not surprising.

"We are as worried with the slowdown in this industry. The economic growth of this industry is important as it is a huge employment generator. The finance ministry is trying to find solutions to help growth," he said on Thursday. "I would like to clarify that govt does not intend to ban petrol and diesel vehicles. We aren't going to do anything like that."

The protracted slowdown industry has forced the government to swing into action. On August 23, Finance Minister Nirmala Sitharaman announced a number of steps including higher depreciation on new vehicles and revoking a ban on purchase of vehicles by the government. It is however felt that the steps would not usher in a revival and the industry has been lobbying for a GST rate cut. Gadkari admitted that a fiscal incentive like that might be required.

"The industry is preparing for the transition from BS IV to BS VI emission norms which would make vehicles more expensive and at a time when consumption is low there is demand for a cut in taxes at least for some time. I think it is valid and I will take it up with the Finance Minister," said Gadkari. "Right now the industry needs help. Sales have to go up. Do not be disheartened by this slowdown. This is a powerful industry. We will tide over this moment of crisis," he added.

His speech did assuage some frayed nerves in the industry.

"Government is sensitive about the slowdown in auto industry and its implications. It is welcoming that government is working to introduce measures to improve the situation," said Kenichi Ayukawa, MD & CEO, Maruti Suzuki, India's largest carmaker. "All key stake holders -- OEMs, suppliers, dealers, banks, etc., have to collaborate with confidence. We have to work together to come out of the slowdown," he added.

The industry has weathered multiple shocks in the last few years including a hike in insurance costs, rising cost of petrol and diesel, onset of various safety norms and the upcoming BS VI emission norms that have made vehicles more expensive. At the same time, the prevailing liquidity crisis in the banking sector has made availability of funds tight both for business at the dealerships and for consumers.

"The consumer sentiment continues to be low and there is clearly a trust deficit in lending money to the dealers," said Rajan Wadhera, President, SIAM. "The industry has done everything in its power to stay afloat by offering attractive deals and discounts to the customers. But we can only offer limited deals as profitability is also under pressure. It only highlights the need for government to consider reducing the GST rates from 28 to 18 percent which would significantly reduce the cost of vehicles and in turn create demand."

The next meeting of the GST council where a proposal for tax cut can be taken up, is on September 20 in Goa. The festive season, a month long period that rings in close to a quarter of the industry's annual volumes, begins on September 28.