Slowdown is real; immaterial if it is cyclical or structural, says Raamdeo Agrawal of Motilal Oswal

"The government should focus on making the stock market attractive to investors. Development of any country depends on how financial savings are channelised," says Raamdeo Agrawal, Co-founder of Motilal Oswal Financial Services 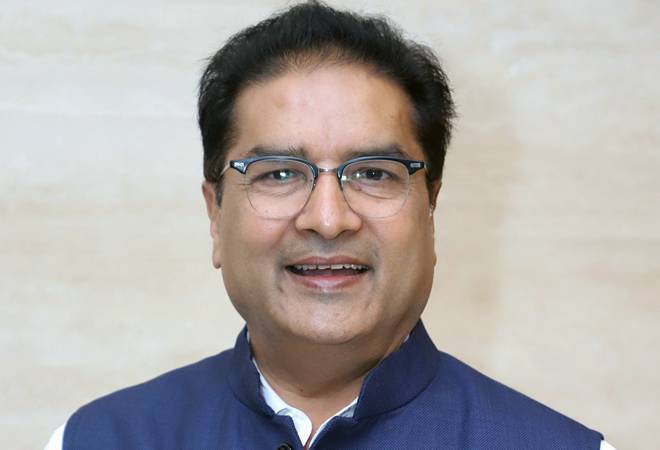 The sops that Finance Minister Nirmala Sitharaman has announced are not enough arrest the decline in earnings, says Raamdeo Agrawal, Co-founder of Motilal Oswal Financial Services, explaining why stock market has been falling. In an interview with Business Today, Agrawal discussed economic slowdown, ways to revive it, what the stock market wants along with the need for index funds in India. Here are the excerpts:

Finance Minister Nirmala Sitharaman announced a flurry of measures to revive the economy. Why didn't stock market respond to it positively?

Stock market is fundamentally about earnings and earnings outlook. The measures that FM Sitharaman has announced do not seem to be sufficient to arrest the decline in earnings. We have lost three percentage points in the GDP growth over the last five quarters. So, something is fundamentally wrong. I don't know what it is because monsoon is fine, oil prices are low and external environment is not that bad; developed countries still have full employment there. So, something is amiss in our own country. The government has received fantastic mandate. Now its top priority should be to tackle slump in economic growth. Of course, the turnaround can't be quick, but at least green shoots should be visible to revive market sentiment.

Is Indian economy under a structural slowdown or a cyclical?

It is not about structural or cyclical. We do have a problem. Naming it is not required. We need to find solutions to it. Many of my clients are small industrialists. They are facing credit issues. Economy runs on credit. Credit flow has to be extremely smooth. RBI and the finance ministry must look into it. What started out as a liquidity issue, has now become a solvency issue. It may even engulf some big corporations. The govt is the biggest consumer of goods and services. They don't pay on time. Even private players have not been able to pay on time all this while. If only the government processes its own payments, it will solve a lot of liquidity challenges.

Street has failed to gauge the earnings revival for many years now. Your take?

I don't have an answer to this, although I do believe that it's a cyclical thing. Corporate profit to GDP ratio had gone below 2 per cent in 2002. For now, it's only marginally above 2 per cent. This is the mother of all problems. Earnings are elusive and earnings outlook is not rosy. PE multiples are also high.

How will slowdown in global economy affect India?

When global economy slows down, commodity prices slump. Steel prices are already down by 20 per cent. It will impact production of steel in India. Barring cases where we are net importers (crude oil), the global slowdown will impact Indian economy as exports will take a hit. For example, if iron ore prices slumps by 30-40 per cent, we'll be hurt because we are net exporter of iron ore.

Do you think Indian investors have matured as number of SIP accounts has only been growing or there could be an exodus if correction continues?

Mutual funds are still doing about 8000-10,000 crore per month that is why market is holding out. Investors have indeed matured. Their investments are much diversified and deeper now. Around 8300-8400 crore new SIP money has been coming in every month. I believe broadbased household savings and unattractive alternative investment opportunities are driving retail investors to equity market, and that will continue.

Are active funds losing their appeal, as generating alpha has become difficult after the re-categorisation of mutual fund schemes?

Best way to go for will be multi-cap funds where fund manager will have full freedom to decide allocation between large and mid-caps. In the current scenario, you'll be better off with investing three-fourth in large-cap and one-third in midcap. Sectoral funds are certainly not a good idea. Go for a mutual fund with a broad-based multi-cap mandate and a good manager.

Recently Motilal Oswal launched four index funds. How's the response? Does it indicate that India is moving towards passive investment?

It is too early to comment on the response as the New Fund Offer (NFO) period is already on. At Motilal Oswal, we believe India is gradually moving to passive investment. Many institutions such as Employee Provident Fund Organisation (EPFO), large pension funds or large savings pool, cannot take much risks with the funds they own. Such institutions have taken enough courage by moving from full debt to some equity. They require index funds. Besides, a lay investor who is not competent enough to find a good fund manager and an active mutual fund, should go for passive funds. Good feature of index funds is that they are highly scalable and low cost. Active funds promise you outperformance, but are not as scalable.

What do you expect from the government?

I restrict my views on how to attract local and global savings for a $5 trillion economy. I am all for paying taxes to the government, but taxes should not be irrational. There is 20 per cent tax on buybacks along with dividend distribution tax and capital gains tax. The government should focus on making the stock market attractive to investors. Development of any country depends on how financial savings are channelised. It's important that we expand the base by attracting more people in the equity market instead of pushing them away by higher taxation. The same logic applies when we look at the global savings. Why can't we be the most attractive market for the foreigners in terms of taxation, regulation, and stability of both? We need to create India as an incredible investment destination. Magic will happen.