More than a dozen automakers including two wheeler manufacturer Hero MotoCorp, Honda Motorcycles and,  Honda Cars India, Ford, Nissan and Ashok Leyland are all giving it a miss this time 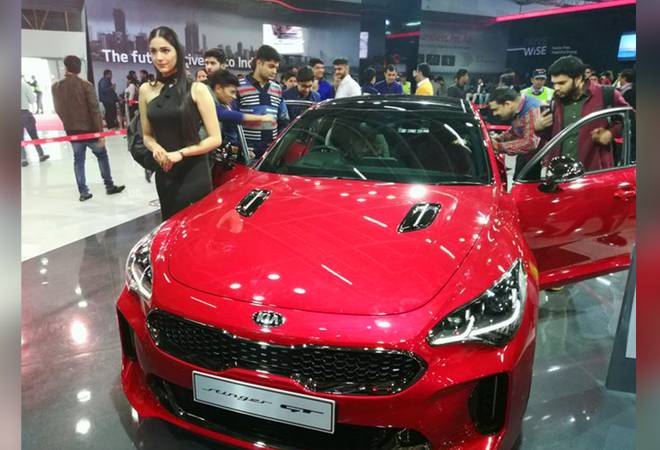 The protracted slowdown in the domestic automobile industry has had a significant impact on the biennial Auto Expo in India that will be held next year in the first half of February. More than a dozen automakers including regulars such as country's largest two-wheeler manufacturer Hero MotoCorp, Honda Motorcycles and Scooters India, TVS,  Honda Cars India, Toyota Kirloskar Motor ltd, Audi, BMW, Ford, Nissan and Ashok Leyland are all giving it a miss this time.

Other absentees include Royal Enfield, Harley Davidson, Triumph motorcycles, Bajaj Auto, Eicher Motors, Jaguar Land Rover, Bharat Benz and Volvo Cars India, but these companies have given the showpiece event a miss in the past as well. Their absence will be partially offset by first timers led by a host of Chinese automakers such as MG Motor, Great Wall Motors besides Force Motors, Hero Electric and a number of other electric vehicle start-ups next year. Even then, the list of those opting to not participate this time is long and glaring. The slowdown that has seen industry volumes decline by nearly 16 per cent in this fiscal so far, including 18 per cent for passenger vehicles, 22 per cent for commercial vehicles and 15.7 per cent for two-wheeler industry, is the main reason.

"Globally the number of auto shows is also going down and participation in even some of the biggest shows such as those in Frankfurt and Tokyo have come down. Even we were thinking of postponing the event by a year taking into account the slowdown and the disruption that we are facing due to the transition from BS IV to BS VI emission norms in April 2020 but we ultimately decided against it as it would have done a grave disservice to the stature of our Auto Expo which has been painstakingly built over the last decade or so," says Rajan Wadhera, president, Society of Indian Automobile Manufacturers (SIAM), the primary organiser of the eight-day event.

"Some members may not be participating next year and they have their own reasons to do so. It is a business decision and given the slowdown, some companies may not see merit in blowing money at an Expo this time. But a vast majority of the industry is still there and we have a clutch of new comers as well. We are in this together and we will put up a great show for the consumers," he added.

Next year would be the 15th edition of the Expo that has grown in size commensurate with the growth of the market, to become one of the largest expos in the world in terms of footfall. Spread over 58 acres of land comprising 235,000 square metre of space at Greater Noida, some 60 kilometres away from the national capital of Delhi, more than 600,000 people had visited the show in 2018. SIAM believes the addition of Uttar Pradesh's aqua metro line to the venue will result in even more people visiting the show next year.

"There will be more than 60 unveilings or launches at the show in February. Due to the metro connectivity which would make it easier for people to commute to the venue from other parts of the national capital region, we are expecting even more footfalls. The venue is capable of accommodating 100,000 visitors each day," says Sugato Sen, deputy director general, SIAM.

Manufacturers have cited high cost and relatively lower dividend for not participating in the event but SIAM said it has not increased rentals since 2012. It did not, however, furnish figures on how much it costs to participate in the show.

"In fact, with the additional discounts on offer for our members, the cost will be a bit lower than what they paid in 2012," Wadhera said. "So one cannot say affordability is an issue this time over the previous editions."

Till 2014, the Expo was held in Pragati Maidan in the heart of Delhi but mismanagement of the crowd that led to a fracas that year led to the event shifting away to the new venue. The Expo had registered peak attendance in the 2010 edition when an estimated over 2 million people had visited the show in Pragati Maidan.