Japanese manufacturers' confidence fell in September to an eight-month low and is forecast to worsen further as fears of a China-led global economic slowdown grow, a Reuters poll showed. 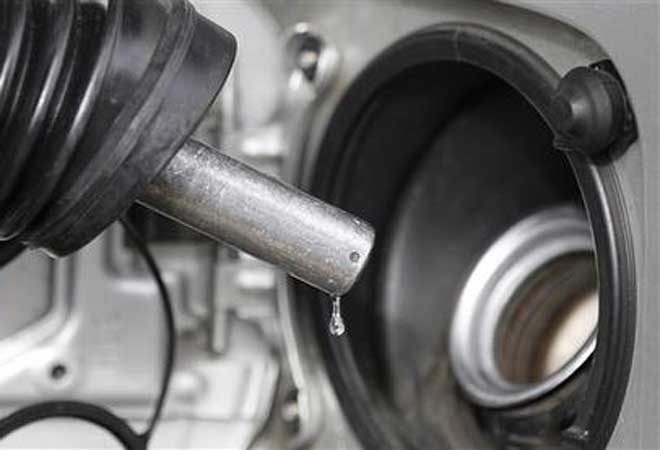 Brent crude oil prices dipped on Tuesday as Asia's economic weakness persisted, extending losses after a sharp fall in the previous session, while US futures were firmer following a report that indicated a drawdown in weekly inventory levels.

Market intelligence firm Genscape estimated a drop of about 1.8 million barrels last week at the Cushing, Oklahoma delivery point for US crude. A weekly report from the American Petroleum Institute is scheduled for release later in the day while that from the US Energy Information Administration for Wednesday.

The internationally traded Brent contract was, however, pulled down by more gloomy news of stalling Asian growth.

Japanese manufacturers' confidence slumped the most in a year in September to an eight-month low and is forecast to worsen further as fears of a China-led global economic slowdown grow, a Reuters poll showed.

In China, fiscal spending reportedly jumped 25.9 per cent in August from a year ago as Beijing tries to re-energise flagging economic growth, but stock markets were unimpressed, with China's major indexes down over 2 per cent early on Tuesday.

"In the first half of 2015, official GDP growth in China came in at 7 per cent year-on-year. Official economic growth is in stark contrast to commodity demand growth which has been low through 2015," energy consultancy Wood Mackenzie said.

The consultancy added that its China Activity Index "indicates economic growth slowed to 5.3 per cent in Q2 and signals growth of just 4.5 per cent in Q3".

On the supply side, Venezuela's President Nicolas Maduro repeated his call for the Organization of the Petroleum Exporting Countries (OPEC) to convene a heads of state meeting, saying he would present the country's proposals to shore up oil prices to the group.

Yet,Middle East producers from OPEC - who effectively control the export club - have so far pledged to keep output high in a bid to defend market share against rising competition, despite calls by other OPEC members, such as Venezuela, for the Middle East to cut excessive output.

There has even been growing competition amongst the lowest cost producers in the Middle East, such as Kuwait and Saudi Arabia, to undercut each other with discounts for supplies to their core markets in Asia.