Chinese President Xi Jinping, in a series of remarks over the past few weeks, has been talking about the so-called "dual circulation" development whereby a self-sufficient domestic economy serves as a model for growth 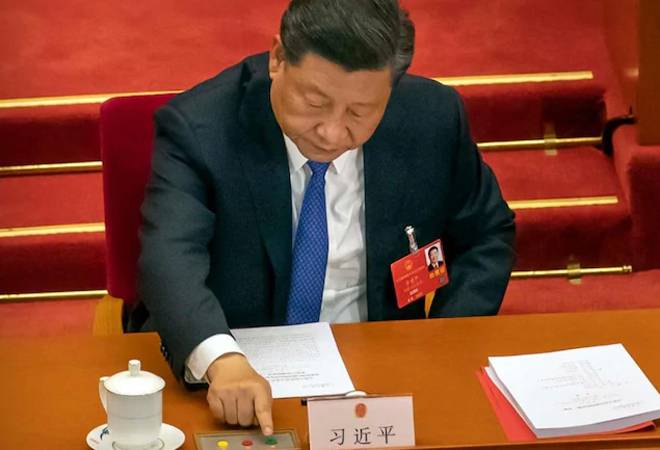 China is looking inwards to speed up its pace of economic growth amid rising pressure at home as well as abroad that has exposed the vulnerability of Beijing's economic model.

Chinese President Xi Jinping, in a series of remarks over the past few weeks, has been talking about the so-called "dual circulation" development whereby a self-sufficient domestic economy serves as a model for growth complemented by certain foreign technologies and investment.

After a Politburo meeting on Thursday, Xi Jining said China should accelerate this approach in the face of an economic situation that "remains complicated and challenging with unstable and uncertain factors."

The country's main concern is unemployment, as the economic growth continues to be languid owing to feeble consumer spending and dull private sector investment.

To add to its woes, western governments are also calling out the Chinese behaviour everywhere, prodding companies to find alternative supply chains and cut off the likes of Huawei Technologies Co.

This has prompted Xi Jinping to devise a strategy to efficiently decrease China's reliance on the western nations just as these countries are looking to become less dependent on China for their economic growth.

The rising US-China tension stoked up by the coronavirus pandemic is here to stay even if President Donald Trump loses the election in November.

This is because all major American political parties increasingly see China as an ideological threat.

"China's leadership doesn't want to leave an impression that the country would just close its doors in the face of external challenges," said Wang Huiyao, an adviser to China's cabinet and founder of the Center for China and Globalisation, Bloomberg reported.

He added that if the US initiates a hard decoupling, the efforts could "help boost China's immunity from possible fallout".