Describing his meeting with Raab as productive, Pompeo said that they talked about the challenge presented by the Chinese Communist Party (CCP) and the Covid-19 virus that originated from Wuhan, China 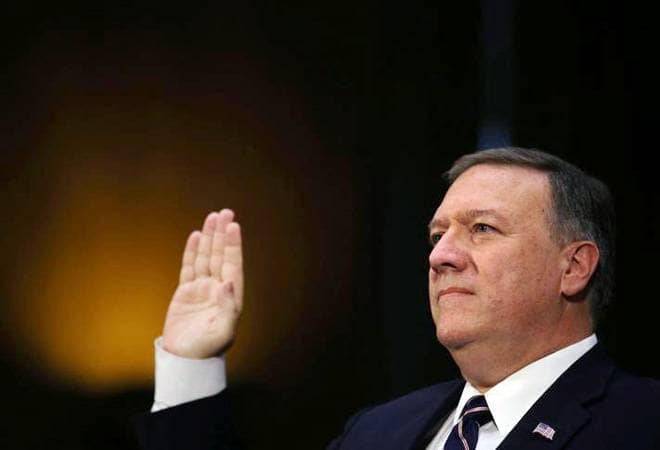 Attacking China for "instigating" a deadly confrontation with India in eastern Ladakh, US Secretary of State Mike Pompeo has said that Beijing cannot threaten and bully countries. Speaking at a news conference in London on Tuesday, Pompeo said China was one of the important parts of his discussions with his British counterpart Foreign Secretary Dominic Raab.

"You can't go make claims for maritime regions that you have no lawful claim to. You can't threaten countries and bully them in the Himalayas. You can't engage in cover-ups and co-opt international institutions like the World Health Organisation," Pompeo said. Pompeo's comment on Chinese bullying of its Himalayan neighbours came in response to a question if the US would like the UK to do more to confront China.

"We talked about how we've seen Hong Kong's freedoms crushed. We've watched the CCP bully its neighbours, militarise features in the South China Sea, and instigate a deadly confrontation with India," Pompeo said. The troops of India and China are locked in a standoff in several areas along the Line of Actual Control in eastern Ladakh since May 5. The situation deteriorated last month following the Galwan Valley clashes that left 20 Indian Army personnel dead.

China recently staked claim over the Sakteng Wildlife Sanctuary in Bhutan at the Global Environment Facility (GEF) Council and opposed funding to the project. China claims almost all of the South China Sea as its sovereign territory. China has been building military bases on artificial islands in the region also claimed by Brunei, Malaysia, the Philippines, Taiwan and Vietnam.

The discussions between Pompeo and Raab came hours after the UK suspended its extradition treaty with Hong Kong in response to a controversial security law imposed by China in the former British territory. He praised the UK for its recent decision on China in particular those related to Hong Kong and banning Huawei from the UK's 5G networks.

I want to take this opportunity to congratulate the British government for its principled responses to these challenges. You made a sovereign decision to ban Huawei from future 5G networks. You've joined other free nations to condemn China's broken promises on the Sino-British treaty, he said.

The US wants to see every nation who understands freedom and democracy and values that and knows that it is important to their own people, their own sovereign country to be successful, to understand this threat that the Chinese Communist Party is posing to them and to work both themselves and collectively to restore what is rightfully theirs, he said.

Describing his meeting with Raab as productive, Pompeo said that they talked about the challenge presented by the Chinese Communist Party (CCP) and the Covid-19 virus that originated from Wuhan, China.

"On behalf of the American people, I want to extend my condolences to the British people for your losses from this preventable pandemic. The CCP's exploitation of this disaster to further its own interests has been disgraceful. Rather than helping the world, General Secretary Xi (Jinping) has shown the world the party's true face," he said.

Earlier on Tuesday, US Secretary of Defence Mark Esper, during his interaction with London-based think-tank International Institute for Strategic Studies, described the Chinese military's aggressive activities "destabilising" and said America was "very closely" monitoring the situation between India and China along the Line of Actual Control.

Esper also highlighted the "increased" military cooperation with India and called it as "one of the most important defence relationships of the 21th century."

In his address, Esper said China has a catalogue of bad behaviour which accompanies a pattern of its brazen disregard for international commitments, from its failure to uphold its obligations under the World Trade Organization to regularly disrespecting the rights of other nations under the 1982 Law of the Sea Convention.

Esper called on China's leaders to abide by the international laws and norms that China and the Chinese people have benefited greatly from over the years. We are committed to a constructive and results-oriented relationship with China and within our defence relationship to open lines of communication and risk reduction, Esper said.